A late penalty from captain Mitch Duke on Saturday gave the Wanderers a 2-1 opening round home win over Central Coast, which even coach Markus Babbel admitted owed something to good luck.

Mariners had more possession and failed to take a number of late opportunities, any of which could have earned them a point from the Bankwest Stadium clash.

It was a rare grinding victory for the Wanderers who won a club record low six matches last season.

"That's the difference, I think we played some better games last year and still lost," Duke said. "That's the ingredients to a successful team, you can play ugly sometimes.

"It's not a pretty game all the time, but to get those results is the most important thing."

Duke stressed that was especially important in the early weeks of the season, as several players, himself included, were underdone, either because of recently returning from injury or joining the club late in the pre-season.

Duke's first goal on Saturday came from a glancing header from a corner.

With Wanderers having several players 186cm and over, assistant coach Labinot Haliti has designed plays he expects will deliver plenty of setpiece goals

"He's got the boys knowing exactly where we're going to be on set-pieces so we'll be a threat," Duke said.

Duke was careful not to celebrate too much after his goals on Saturday out of respect for the Mariners, with who he started his professional career.

"I had a lot of success there and they helped my trajectory overseas as well, so I didn't want to celebrate even though I gave it a sneaky little fist pump for the first goal," he said.

His penalty was only his third spot kick at professional level, having converted one of the previous two.

Duke added: "If the keeper guessed right I was screwed, but luckily enough he went the wrong direction." 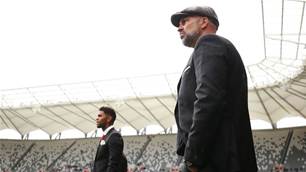 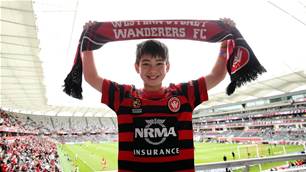 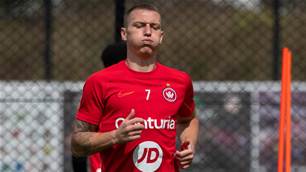