Wanderers midfielder Kearyn Baccus has been charged with assault resulting from a dispute over parking near the Sydney Airport.

Baccus has been bailed and is due to appear in court on February 28.

He allegedly punched a 49-year-old man on January 5, while on his way to a game.

The Wanderers said Baccus would not be stood down but the FFA may step in.

He trained as normal on Thursday morning.

“The Western Sydney Wanderers advise that they are aware of a police matter involving Kearyn Baccus,” the club said in a statement.

“The Club has spoken to the player with regards to the incident and as the matter has been referred to the court system the Club will not be making any further comment.

“The player will be available for selection for this weekend's match.” 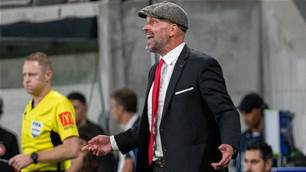