The War of the Roses is set to play out in Australia next year as Manchester United and Leeds United travel down under to thrill fans.

Perth Glory will face the Red Devils at Optus Stadium on Saturday July 13, before the Lancashire vs Yorkshire clash at the same venue four days later.

Leeds United will then dash over to the east coast for a showpiece clash against Western Sydney Wanderers to open the new Parramatta Stadium on July 21.

The visit of Manchester United to Perth is set to be one of the biggest sporting events ever held in WA.

Their friendly with Glory is poised to break the record attendance for a football match in WA which was set when Tony Popovic's side took on Chelsea, also at Optus Stadium, earlier this year.

Manchester United were last in Australia 2013, but it's the first time they have played in Perth since 1975. The Red Devils will be spending 10 days in the city during their trip Down Under.

"It is fantastic news for our club, but also for the wider football community in WA given the amount of time that the world's biggest football club will be spending here in Perth.

"It promises to be an unforgettable period for our football community and I can't wait." 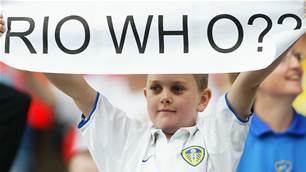 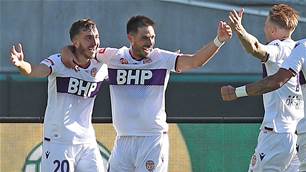