On the 12-year anniversary of Socceroo legend Johnny Warren’s passing, his Nephew Jamie says the Inaugural Indigenous Football Championships are another ‘I told you so” moment.

The late great Johnny Warren was a passionate advocate of the Indigenous community and their potential role that Aboriginal athletes had in growing the game of football in Australia.

Jamie Warren, who runs the Australian football legend’s foundation and also took part in the celebrity match, said the creation of the championship was a continuation of Johnny Warren’s legacy.

“Johnny for years was advocating that the game needed to embrace the Aboriginal community as the Aboriginal people are so suited to football,” he said to FourFourTwo.

“He was great mates with Charlie Perkins, great mates with Harry Williams - two exceptional footballers, one representing his country at a World Cup and one was a legendary player for Pan Hellenic back in the day.

“He saw the Indigenous people and their contribution in the same way you see the Indigenous population in other countries such as Brazil. He believed that we can produce players here of the quality of the great Brazilian national teams.

“So with the first Indigenous Football Championships held in Nowra, Johnny would be happy with it I’m sure.” 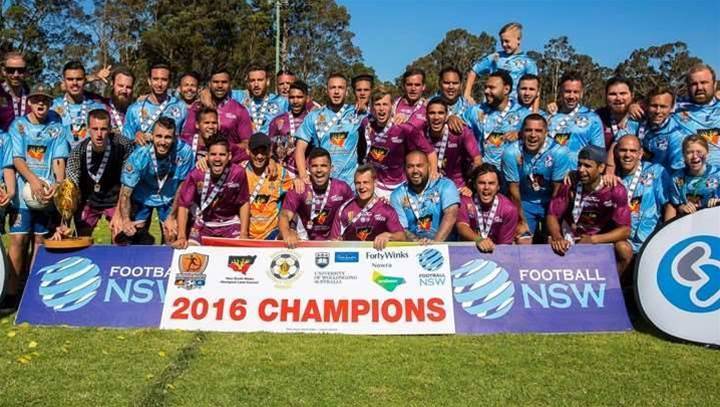 Jamie said the game was played in the spirit of reconciliation.

“One of the main messages of the game was racism it’s stops with me,” he said. “We’ve seen with the game of football in this country with post war Australia, the Sheila’s, Wogs and Poofta’s mentality. There are some similarities we’ve seen there in the discrimination in a sense that Aboriginal people face every day.

“So to have John’s name involved to have the support that we’ve had It’s really humbling and it’s overwhelming and I couldn’t be happier.”

Jamie said having the Johnny Warren Foundation associated with the Indigenous Football Championships was an emotional experience.

“It was overwhelming to be involved and have John’s name attached,” he said. “It’s important we don’t lose sight of what he did, we need to educate the kids of his contribution and of the contribution of so many.

“People love Johnny Warren and it really makes me emotional. It’s 12 year since we lost him and 12 years down the track people are interested in who Johnny Warren was and what he did and his contribution for the game.”

Looking ahead, Jamie said the foundation hoped to provide more support in helping increase the number of Indigenous footballers playing the game.

“We’d loved to get more involved at the strategic level,” he said. “This tournament and the movement generally needs to be pushed by the Indigenous community in collaboration with the State Federations clubs, the FFA, the PFA, the A-league clubs and all of the major players in the game.

“If that collaboration happened and is successful, the sky is the limit. Then we can have Indigenous players representing Australia left right and centre.”