Aussie Ryan Edwards stunned Celtic fans when he struck to give Hearts a 1-0 lead in the second half of the Scottish Cup Final.

Unmarked in the box midfielder Edwards, 25, managed to get on the ball from a scrambled backheel in the box and slot it home to shock Tom Rogic's Celtic in front of a packed Hampden Stadium.

The son of former Perth Glory boss Ali Edwards joined Hearts from Partick Thistle last year but has struggled for game time – only to make a massive goalscoring impact in the Cup Final where he was a surprise starter. 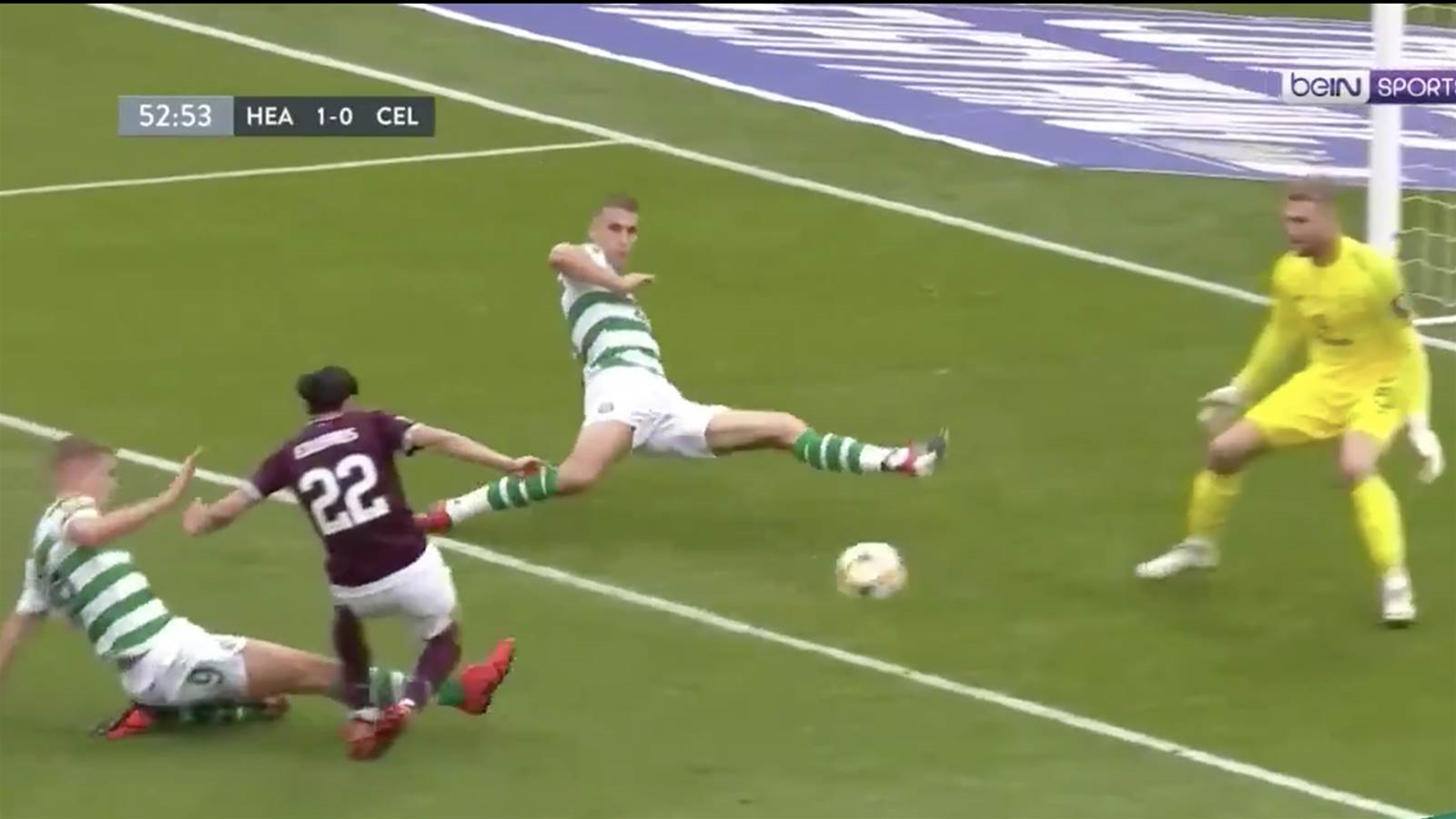 But the lead did not last long before Celtic equalised from the spot, soon followed by a second from record signing Odsonne Édouard who lashed home the winner to give Celtic an historic Treble-Treble.

Socceroo Rogic came off just after the hour mark but fellow Aussie Oliver Bozanic came on for Hearts in the final quarter of the match and teased some tantalising freekicks into the Celtic box but Hearts were unable to find their way back into the match.

Celtic took the 2-1 win to seal an incredible nine trophies on the trot.