Adam Taggart is getting back to his best in the K-League, scoring his third goal in two games in Suwon Bluewings' 1-1 draw with Pohang Steelers.

It was a wet and rather dreary night in front of an empty stadium in Pohang but that didn't prevent Taggart heating up proceedings early, putting Suwon ahead with a poacher's header.

The ball was headed back across the face of Pohang's goal after a cross and the Steelers keeper dived awkwardly, missing the ball and leaving Taggart with an open goal.

The strike comes after a brace last week in a 3-3 draw with FC Seoul but it's only the strikers fourth goal of the campaign total from 11 matches.

Suwon has struggled this season with the entire side inconsistent and they look like they'll need their star striker (19 goals in 38 K-League appearances so far) if they're going to make an impact. 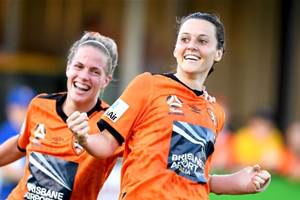 Socceroos striker’s message to Arnold: ‘I’ll be ready if you need me’