The Premier League said that six people from three different clubs had tested positive for COVID-19 from a sample of 748 individuals.

A player and two staff members from Watford are among six people who tested positive for the coronavirus in the Premier League's first wave of mass testing.

Burnley said assistant manager Ian Woan was also among the positive COVID-19 tests announced on Tuesday by the Premier League, which did not identify any individuals.

The other two cases were found at a single undisclosed club.

Tests on 748 people were conducted across 19 clubs on Sunday and Monday.

The 20th club, which was not identified, started testing on Tuesday.

Top-flight teams voted unanimously to step up their return to action at Monday's shareholders meeting, allowing players to train in small, socially-distant sessions as part of phase one.

The infections among Watford personnel were announced after club captain Troy Deeney said he would not return to training this week as part of the phase one resumption.

The striker said he raised concerns when the protocols were presented to players last week.

"I can't get a haircut until mid-July but I can go and get in a box with 19 people and jump for a header? I don't know how that works.

"I just said 'If you don't know the information, why would I put myself at risk?'"

Watford said its training ground was "virus-free and a safe environment for the players to continue to work" and that the three people with coronavirus would now self-isolate for a week before being tested again.

Burnley said Woan would do likewise.

Danny Rose, the Tottenham Hotspur defender on loan at Newcastle United, also expressed his concerns and said players were being treated like "guinea pigs or lab rats" as the league tries to restart next month, having been suspended since March.

A relaxation of national lockdown regulations is only now allowing non-contact training to resume, with a maximum of five players working together for up to 75 minutes a day at training facilities.

While the German Bundesliga recommenced last weekend, the top divisions in Belgium, France and the Netherlands have been curtailed.

The Premier League has government backing to plan a return but the aim of restarting in mid-June 12 appears tough to meet. 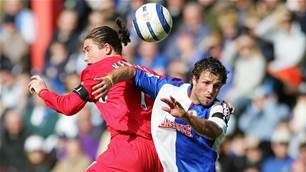 Hammers and Eagles to face Roar