Western United is the third A-League Men's team which former Socceroo John Aloisi will manage. The Melbourne-based team ended up 10th in their previous campaign, finishing their season with no wins in their last nine games.

Aloisi ahead of the Battle of the Bridge

The Western United-Melbourne Victory match is one of six matches taking place in the first three days of the 2021-22 A-League season.

Aloisi took over as head coach during the offseason after the departure of Mark Rudan at the end of the last campaign.  When discussing his priorities entering this burgeoning club, the new manager specified the importance of creating a good club culture.

"The togetherness of the group, that we are together, that was so important from day one'" said Aloisi.

"That the players are working for each other because if you do not have that, especially within a team sport, you are not going to sustain success.  The player are driving that themselves as well.

"That is something that we drive and that means that they are putting in their effort every single day in training on the pitch, off the pitch.

"The players are doing that. The culture at the moment is very good and we just have to keep on building that."

Whether this current culture is leading to success at Western United will be seen.  COVID-19 restrictions limited Melbourne based clubs' abilities in who they could play in preseason matches and the access to games by the public.

This month United were able to get three games under their belt ahead of the season opener, winning two.  They beat crosstown rivals City and got a victory in last week's FFA Cup playoff against Newcastle Jets.  They drew their other match.

Their first opponent Melbourne Victory have likewise had similar success this month, two wins and a draw behind closed doors.  For Aloisi, the opening match though should not be a surprise despite the lack of possible scouting of his crosstown opponent.

In round one United's opponents will be managed by former Socceroos teammate Tony Popovic.  Popovic is someone Aloisi is well acquainted with, both as a player and a manager.

"I have a bit of an idea of what they are going to try to at least, what formation with the players that they've got," said Aloisi.

"We are expecting a hard game but I am sure our boys will be up for it."

The Western United manager went on to specify that his team will look different this year to the system used last year and may look different to the lineup used last week in their FFA Cup playoff victory against Newcastle Jets.

"There are things that we need to improve on and we will, especially as the season moves on. There are a lot of new players, a different style of football, a different formation," said Aloisi.

"There might be some changes (from the Jets game), we will see tomorrow. There is always players pushing for spots.

"Aleksandar Prijović has had another week under his built and getting fitter. But we will see tomorrow.  I will make my final decision tomorrow,."

The manager also added that there were no injuries ahead of the game. When asked about opening the season with the local derby commonly known as the "Battle of the Bridge", Aloisi simply stated: 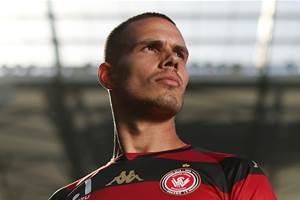 The full Western United schedule can be found using this link. 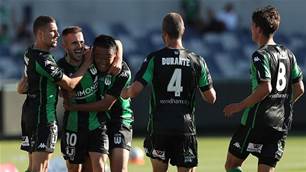