Ange Postecoglou has celebrated extending his contract with J-League champions Yokohama F. Marinos by leading the club into the Asian Champions League last 16.

Ange Postecoglou has celebrated securing a contract extension with Yokohama F. Marinos by leading the J-League champions into the Asian Champions League knockout stages for the first time.

The Japanese side confirmed their place in the last 16 with a comprehensive 4-1 win over South Korea's Jeonbuk Hyundai Motors in Qatar on Tuesday.

It means the ex-Socceroos coach's team are through with a game to spare - against Sydney FC on Friday - in their group.

All-but-guaranteed to win Group H, Postecoglou's team will confirm top spot if they avoid defeat against the Sky Blues, who demolished Chinese Super League team Shanghai SIPG 4-0 in their own penultimate group-stage fixture.

Shortly after the match, Yokohama announced Postecoglou had agreed an extension to stay in charge of the club in 2021.

With the team's hopes of defending their J-League crown already over, Postecoglou says his aim is to go all out in pursuit of the Asian Champions League crown.

"This is the tournament. While there are still many areas where we can grow as a team, it is important," he said.

"We haven't achieved anything yet. It is important to evolve steadily as the games continue.

"It's been a difficult season this year, but we still have something we can grasp and we want to keep fighting."

Yokohama defeated Sydney 4-0 when the two teams met in Japan in February, before the competition was halted by the COVID-19 pandemic.

Postecoglou's team will face an opponent from Group G in the last 16, most likely China's Guangzhou Evergrande or South Korea's Suwon Bluewings. 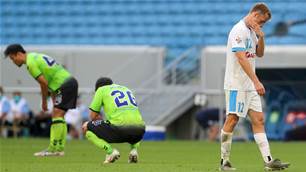 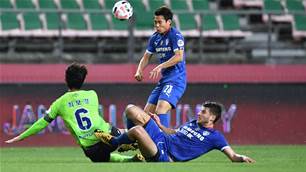 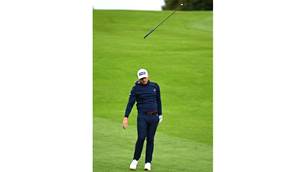 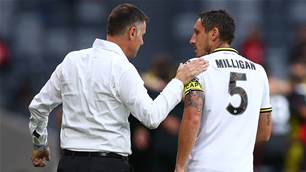