Wellington Phoenix have announced the departure of Mexican ace Ulises Davila, who is widely tipped to remain in the A-League with Macarthur FC.

Wellington Phoenix have announced the departure of A-League star Ulises Davila, clearing the way for the Mexican marquee to join Macarthur FC.

The exciting 30-year-old spent two seasons at the New Zealand club and is among the favourites for this season's Johnny Warren Medal for the competition's best player.

Nix general manager David Dome said the club were resigned to losing Davila after he turned down "the single largest contract" Wellington had offered a player in their 14-year history.

"Ulises and his family have chosen to pursue a different challenge for next season and we fully respect that," he said.

"We thank Ulises for the two exciting seasons he gave us and wish him all the best with this footballing future."

Davila has been heavily linked with a move to Ante Milicic's Macarthur in recent months, the team that denied Wellington a place in the finals by a single point.

Wellington were forced to play most of their campaign in Australia due to border restrictions, finishing seventh after a barnstorming 11-game unbeaten run to finish the season.

After re-signing coach Ufuk Talay for another two seasons, Dome said club owners would invest "heavily in retaining and recruiting players next season to help build a stronger Phoenix squad". 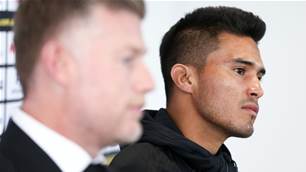 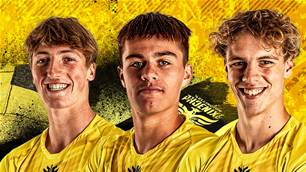