Wellington Phoenix equalled their club record nine matches unbeaten as they continued their impressive recent form with a 2-0 victory over Western Sydney Wanderers.

The first half was dominated by the men in yellow, their passing crisper and more menacing, with Wanderers ponderous when they did get the ball.

The little master Ulises Davila - by far the standout player on the field - deservedly opened the scoring after hitting the post with a similar effort moments before.

Gary Hooper expertly laid off the ball to him on the edge of the Wanderers box and the attacker did the rest, taking a quick look up before unleashing a driven shot into the bottom left hand corner of the net.

Wanderers, to their credit, did their utmost to find a way back into the game.

Phoenix sealed the three points in the later stages, however, when the excellent Liberato Cacace drove forward from left back, jinked into the box past Dylan McCowan and nestled his shot past the scrambling Daniel Lopar.

Given their earlier struggles, this win remarkably brings Phoenix into third spot in the A-League table, just one point behind Melbourne City.

They next face Brisbane Roar and who would currently count against them finding another victory there?

As for the woeful Wanderers, Markus Babbel is a man under massive pressure.

They occupy eighth position, a mere five points from last spot, and things don't get any easier next weekend when the in-form Perth Glory come to visit them in Sydney.

Stefan Marinovic - 6
Was steady in the home goal and was rarely troubled by Wanderers in truth.

Enjoyed a good battle with Duke down his right hand side of the pitch. A solid defender.

Had a few tense moments when Wanderers appealed for penalty calls but he escaped unscathed.

Led by example as always and ensured the Wanderers attack were restricted to little space.

A delight when moving forward with the ball from defence. His speed and movement were too much in the leadup to his goal.

A steady operator at the base of midfield. Calmly offered the ball to the more expressive players in front of him to do the damage in attack.

Similar to his partner Steinmann. Kept it simple in possession and put in several robust tackles to limit Wanderers momentum.

What a talent. The Wanderers defence couldn’t handle his dribbling, his movement, and his creativity. Took his goal well.

An able diminutive partner to the more lethal Davila but not as much came off for him.

Had a strong game down the left in attack. Always ran at his man and never shied away from possession.

Tired in the second half as he finds maximum fitness but was a class act in the first half. His link up play with Davila was a joy to behold.

No time to show what he’s got.

Through himself into proceedings with appreciative gusto. Not afraid to make some tough challenges. 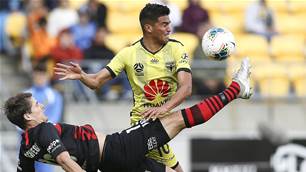 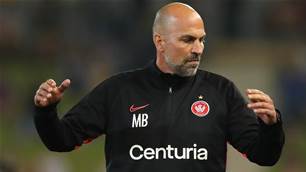 'You can't tell me this is bad luck' – Wanderers 'playing against 12': Babbel 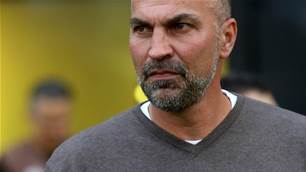