Western Sydney striker Simon Cox admits a goal-scoring drought within the forwards is less than ideal as the Wanderers prepare for their A-League match with Newcastle Jets.

Just one goal has been scored between Cox, Nicolai Muller, Bernie Ibini and Kwame Yeboah from four games this season with the midfielders shining in two wins and a draw.

Cox is yet to score but has one assist for the year.

It's a stat that doesn't sit well with Cox, who says it's a part of the job they're not doing.

"Listen, as a striker you're paid to score goals and when that's not happening ultimately criticism is going to come your way and that's fine," he said on Wednesday.

"We're paid to do a job and at the minute we're not really doing that job.

"If that's with assists or some people might not see the runs that we make to create space for somebody else.

"The manager and his staff see that and as long as he's happy we're happy and we can continue in that vein."

Earlier this week the 33-year-old Irishman announced he is staying in Australia while his partner gives birth to their first child in the UK to avoid two rounds of hotel quarantine.

They will then attempt to join in him Australia.

"It was a tough decision to come to, it was drawn out. It was a decision that was never going to be made lightly," he said.

"Just the way the world is at the moment, it wouldn't be possible for me to get there and back and finish the season."

The Wanderers will play the Jets at Bankwest Stadium on Friday night. 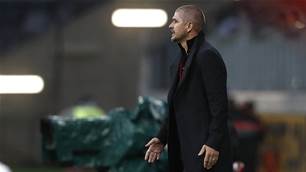