Western Sydney Wanderers coach Markus Babbel is downplaying his chances in the Sydney Derby this weekend and says: "They're the favourites – and we're the worst team in the league..."

Despite Babbel's comments, Wanderers are currently only third bottom of the official A-League ladder after their 1-1 weekend draw with Perth Glory kept them above last season's Grand Finalists Newcastle Jets and Melbourne Victory who both lost their opening games.

And they are level on points with Sydney FC who also drew 1-1 in their season starter against Adelaide United.

But while Babbel admits the Sky Blues have the edge over the Wanderers, he says the side will only be going out to win when they kick off on Saturday night at Sydney Cricket Ground.

"We will try to get a result," he said today. "We know it is not easy but if we can bring our performance on the pitch then I think we have a good chance to get a result.

"If not, then Sydney is too strong. This is an experienced team, they know what they want to do.

"I saw them against Adelaide and this is unbelievable - four chances to score four goals...fantastic."

He added: "That is what they do in front of goal.

"We have to know that if we do easy mistakes, they will hurt us. So we have to concentrate over 90 minutes. We need very hard work for 90 minutes because they are waiting for the moment."

He said he would be planning to build on the second half performance from the Wanderers against Perth and was unlikely to change much tactically – but he may still spring a shock in the line-up.

"Of course we want to surprise with one or other thing," he said. "This is one option. We want to bring our style of football to the pitch.

"But maybe there is someone who is training so good that I have the idea to bring him in. I don't know at the moment.

"I always go in a game to win, but like in Perth, if you can't win, you don't have to lose so then we take the point

"We are in a good way but still work in front of us." 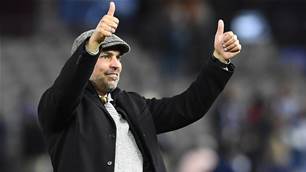 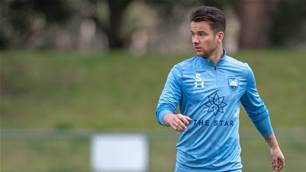 Wanderers ready to face their ex-playmaker