Gulum, 31, hasn't played a competitive game since leaving Adelaide United at the end of last season.

He has since taken a coaching role with Whittlesea United, but has kept up his training, says Western United as they announced his signing.

The defender began his career at Hume City as an 18-year-old before joining the Turkish Super League team with Manisaspor in 2005 at the start of a decade-long stint in Turkey.

While on loan from Chinese Super League club Hebei, he made 22 appearances for Adelaide United in 2017/18 before taking up the coaching role at Whittlesea United.

“I am a Melbourne born and bred boy and see so much excitement and appeal in the communities of the West for this new A-League club Western United," said Gulum today.

"I met with the coaching staff and articulated their vision for the club, and for my role, which has reinvigorated my appetite to play in the A-League.

“I like what the plans are, I see the talent that this club has already secured, and I have been charged by the coaches to take a strong role in helping these young players become seasoned professionals."

He added: "I am excited to start training; in fact, I cannot wait until July to meet my new team mates.”

“I hope my many friends and fans get behind me and my new Western United Football Club."

Assistant WU coach John Hutchinson said: “Ersan is exactly the player we have been searching for to play a key role at our new club.

"Ersan has had a very successful career at big clubs in Turkey and then China as well as an outstanding season in the A-League already.

“Ersan is a quality defender who is very comfortable on the ball. In addition, he has an infectious character and brings so much international experience from great players and teams he has played with.

"We will be looking to Ersan to drive the moulding of our team and culture on and off the park.” 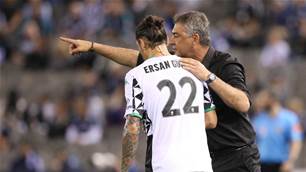 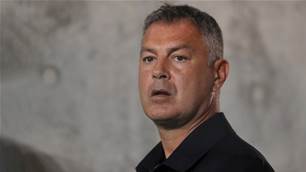