As the fight for A-League finals places heats up, Western United plan to take advantage of Perth's faltering defence.

Sydney FC, Melbourne City, Wellington and Brisbane have sealed their finals berths, leaving Western, Perth and Adelaide to fight for the remaining two spots in the top six.

Western (33 points) and Perth (37) will have a better idea of how their respective positions sit after Adelaide (35) play second-placed City on Tuesday night - though Western have the benefit of two games in hand.

Rudan emphasised a need for his team to maintain concentration in games after Melbourne Victory and Western Sydney both mounted late comebacks but described his side as the "form team of the competition".

"That's us. That's how we want to play. It's an important game where we've got a lot of confidence, a lot of self belief as well and we're just going to go for it.

"If we end up conceding a goal we'll make sure that we score more - and that's just how we are."

Veteran defender Andrew Durante (hip) has been cleared to play on Wednesday night after leaving Friday's game after just 51 minutes.

Perth have won two of five games since the restart and are coming off a 4-0 loss to Victory but Popovic is confident he would see a "much-improved" performance.

"We know that we control our own destiny," Popovic said.

"We know we need to have a significant improvement in our performance against Western United.

* Perth Glory have conceded 12 goals across their past four games - before that they had conceded 22 across 21 games.

* Western United striker Besart Berisha is third in the golden boot race with 16 goals, while Perth counterpart Bruno Fornaroli is fifth with 13 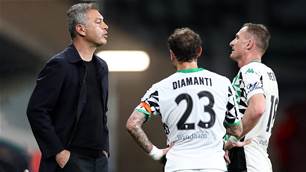 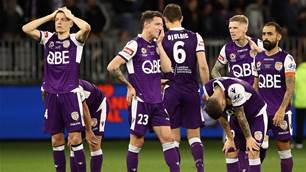