A-League new boys Western United have revealed their kits for their debut season - and it proves the leaks were correct. 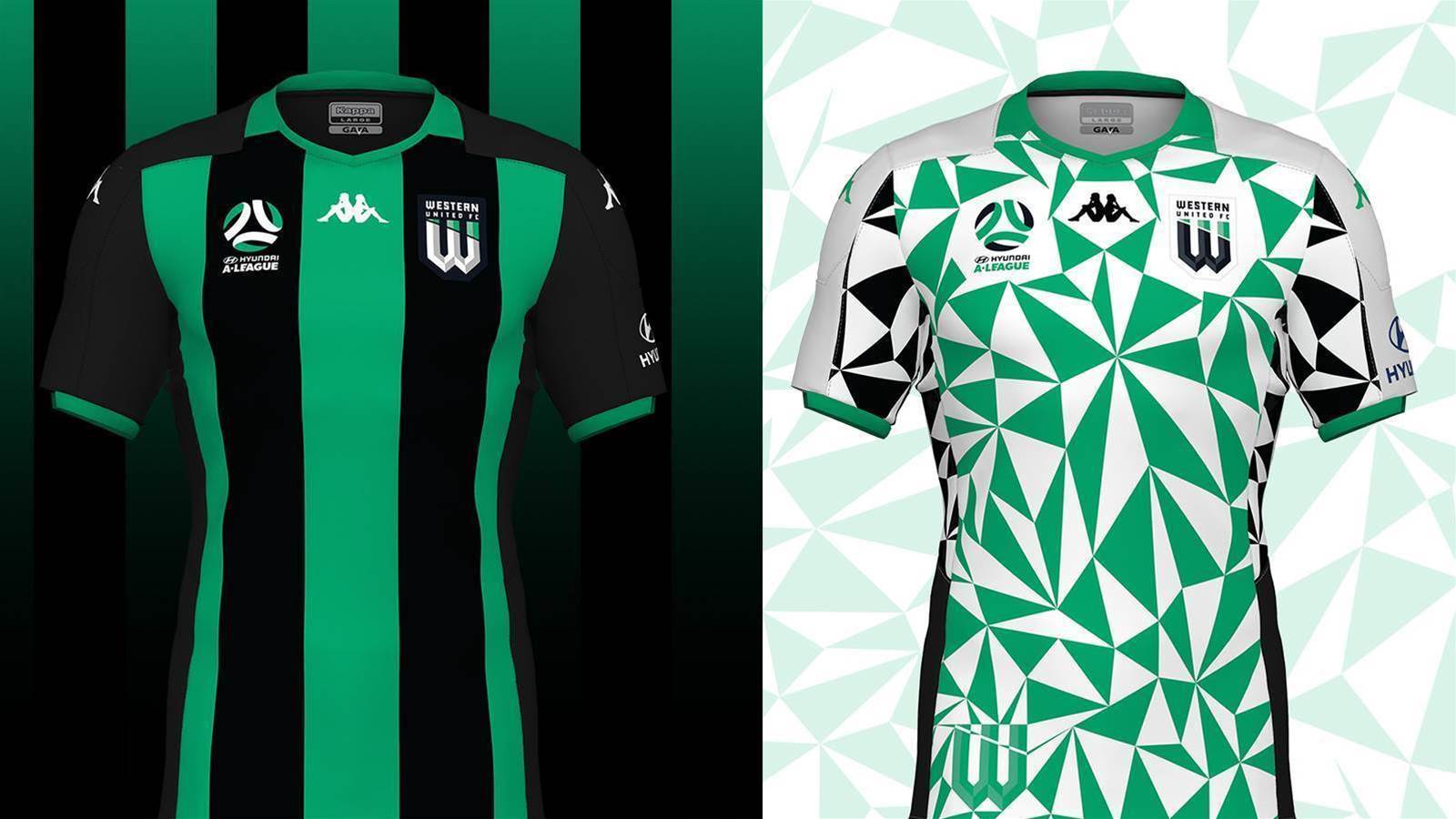 "The ‘Green and Black’ jersey will give WUFC a timeless, unique and differentiated appearance relative to other Hyundai A-League teams," said the club.

"The new alternative jersey – to be used only for clash fixtures - features an impactful geometric design and is inspired by the green wedge from within the new club logo.

"This motif was derived from the west pointer in a four-point compass rose. This is to symbolise that no matter where the team plays in its first season, they will always pay respect to the fans and the values of the west."

The jerseys have been designed by WUFC’s kit partner, Kappa.

WUFC CEO Maurice Bisetto said that the club had listened to their new fans in the development of the jerseys, which had been designed to reflect what will be the club’s contemporary approach both on and off the pitch.

“We strongly believe that a team’s strip should reflect their visions for the future,” Bisetto said. “We have a fan base that is looking for us to make a bold statement in our first season.

"We’ve collaborated with Kappa to produce designs for our jersey which we feel will help us stand out from the crowd.”

WUFC says it will be aiming to unveil a shirt sponsor soon, and shirts will available online and in ships "in the near future".