Western United coach Mark Rudan has praised his squad's depth and competitiveness after an impressive 2-1 win over Western Sydney Wanderers.Western

Besart Berisha was rested, replaced by Kwabena Appiah-Kubi, while Panagiotis Kone was withdrawn after 22 minutes with a hamstring injury - forcing Connor Chapman into midfield with Aaron Calver playing in defence.

Rudan praised his side's ability to "find solutions" when their depth was tested.

"We talk about making sure there's competition for places all the time and that's one thing and the second thing is when that issue (injury) presents itself that we are able to find solutions," Rudan said.

Berisha was rested after starting United's first four games, including facing former club Melbourne Victory, but will return to face Newcastle next Saturday.

"He was spent last week. Not just physically but emotionally," Rudan said.

"Never discard the emotional side of things because that can have a sometimes more of an impact than a physical one.

"It wasn't an easy one for him because he wants to play all the time but you've got to be pretty strong and straight with players and we have got an experienced side that we really look after."

Rudan also paid tribute to the attitude of Appiah-Kubi, who scored the winning goal.

"He's come in on a short-term contract and he has worked extremely hard," he said.

"Fantastic attitude and he does a lot of extras, always asks for them after every session and he got his due rewards.

"It's a good message to everybody else out there that if you continue to work on your game that you can get rewarded for it and he ends up scoring the winner and thoroughly deserved that moment because he has had a pretty tough time."

The United coach highlighted former Wanderers captain Brendan Hamill - who came off the bench - as an example of how his team was benefiting from a competitive squad.

"The attitude of all the players irrespective of who they are its really pleasing for us - the young kids as well who are working extremely hard to try and force their way into the squad," Rudan said.

"Some players are even missing the squad, but they turn up to work with a great attitude and they understand it's a tough team to get into and the first eleven understand they have to perform week in week out otherwise they run the risk of not playing the week after." 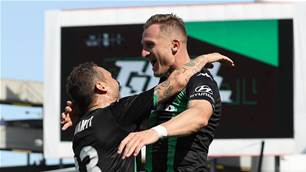 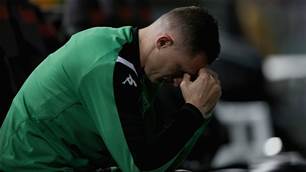 Rudan: Why I benched Berisha