Western United will play a seventh game in 24 days when they face Melbourne City in their A-League semi-final but coach Mark Rudan says they will cope.

Coach Mark Rudan believes fatigue will not be a factor in Wednesday's A-League semi-final after Western United side outlasted Brisbane Roar in their maiden finals match.

Captain Alessandro Diamanti's sublime free-kick midway through the first half was the difference as United's experience shone through against a youthful Roar 1-0 on Sunday.

The result left United just one win from securing a grand final berth against Premiers Plate winners Sydney FC or Perth Glory - and emulating Western Sydney Wanderers' achievement of reaching the decider in their inaugural season.

It was a high-intensity contest against Brisbane at Bankwest Stadium and United have just three days to recover from their sixth match in 21 days.

Next up for the league's newcomers are neighbours Melbourne City at the same venue of Wednesday evening.

"We make no excuses here, it has been tough all the way through," Rudan said.

"If you saw the way the players are jumping up and down in the dressing room, there didn't seem any fatigue.

"These boys are really hungry for it, and have been all the way through.

"I have no doubt about the mindset of these players and any challenge you throw their way, they accept it and embrace it."

Their cause will not be helped with Andrew Durante, Max Burgess and, most notably, Josh Risdon all suffering heavy knocks.

Socceroos fullback Risdon was forced off with an ankle injury in the final minutes, although Rudan was unable to give an update on the players' condition post-match.

"Finals football is about taking your opportunities, minimising mistakes, being collectively solid and creating the moments," Rudan said.

"We know we have match winners .... I still think there is more to come from us.

"I thought we could have kept the ball a bit better and particularly when it came to the front three.

"Finals football is all about winning so I don't want to be too negative, but if we are to get through the next stage we need to be better in those areas."

United and City met just last Wednesday in the final match of the regular season with the latter running out 3-1 victors.

United though rested several key players and Rudan said he expects his full-strength side to match-up well against City - who finished the home-and-away season in second spot.

"City are a good side and they will be a team that will be respected," he said.

"It will be interesting to play them will a full strength side, given that hasn't been the case the past two times we have played against them." 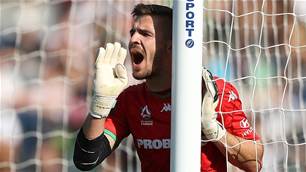 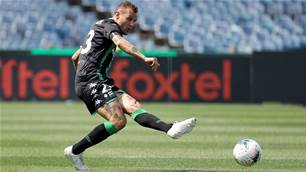 Diamanti life! Ale to see out his career at Western United