SUNDERLAND goalkeeper Keiren Westwood has been ruled out for the rest of the season with a shoulder injury.

The Irishman has not featured for the Wearside club since being substituted in November's defeat at Hull City after suffering a concussion in a challenge with compatriot Paul McShane.

Vito Mannone has usurped him as first choice, and Westwood has since sustained the shoulder issue, which requires surgery to correct.

He has been unable to go under the knife until due to an illness, however, and the wait is likely to put him on the sidelines until May.

Manager Gus Poyet said: "It has been postponed because of a little illness. You cannot have an operation when you are ill, so he is on antibiotics now.

"I would like to say (he will be out for) three to four months.

"Now, if you are going to think when is the season going to finish, it's probably to the end, yes." 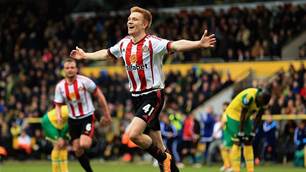