“Hail King James” was the headline splashed across the backpage of The Star in Malaysia on April 7, 1980. It wasn't the first time it had been used, but it had never been more apt after James Wong scored the goal to defeat South Korea – yes, South Korea – to send his nation to the 1980 Olympics.

Politics stopped him from going to Moscow as Malaysia ended up boycotting the tournament as part of a protest against the Soviet Union's invasion of Afghanistan a few months earlier.

The legend of Sabah, Malaysia and Southeast Asia did, however, manage to get to Australia as a player in 1974 to play for Sydney Hakoah. Well, kind of.

When I got there, the first thing I was told was 'we are going to put your name as James White

“I've never told this story to anyone else. You are the first,” Wong told FourFourTwo after providing details about his stint in Australia, part of our new series on Southeast Asia's Biggest Exports.

With over four decades passing since the striker headed to Sydney, even his recollections are sketchy and details are not easy to find. Maybe it is not helped by his story that after arriving at his new club, he recalls being informed that he was no longer ‘James Wong’.

“When I got there, the first thing I was told was 'we are going to put your name as James White',” he recalls.

It was a confusing start for the youngster, who was barely out of his teens. “I said 'Oh, OK'.”

The ruse did not last long, if at all, as the Sabahan was referred to by his correct name in the local media, but he had been told it would be easier with a more 'Australian' sounding surname. 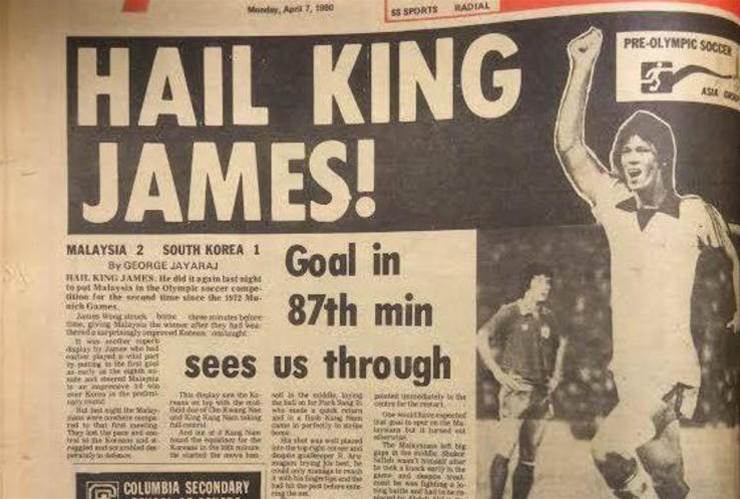 “It was apparently hard to register me as Wong as they would need some kind of special clearance or visa which would have been complicated. I was just told, if anyone asks, just say your name is James White.

“Feeling very naive – I had no manager or agent at the time and it was just me – I went along with it.”

Not many people knew about me going (to Australia). It was just me in KK and some football officials from Sabah FA

That was partly down to Dave MacLaren. Born in Scotland, the goalkeeper played for Wolverhampton Wanderers, Leicester City and Southampton in the 1950s and 60s, but really cut his teeth in goal for Penang.

He was around in the early 50s helping the Panthers to success in the Malaya Cup.

As a coach, he was heading to England and Wolves when he got in touch with Wong in 1972 with a view to taking him along to the Black Country to try his luck.

“The initial factor was that Dave was in KK [Kota Kinabalu, the capital of Wong's native state of Sabah] doing a coaching course. He then got offered the chance to go to Wolverhampton. He met up with my parents and got my dad's blessing to bring me to England. I was pretty young at the time.

“First though, he went to Sydney and then was offered a job there. That's how it happened. He told me that he was going to Sydney to coach and asked if I was interested in going there first and then going to England. 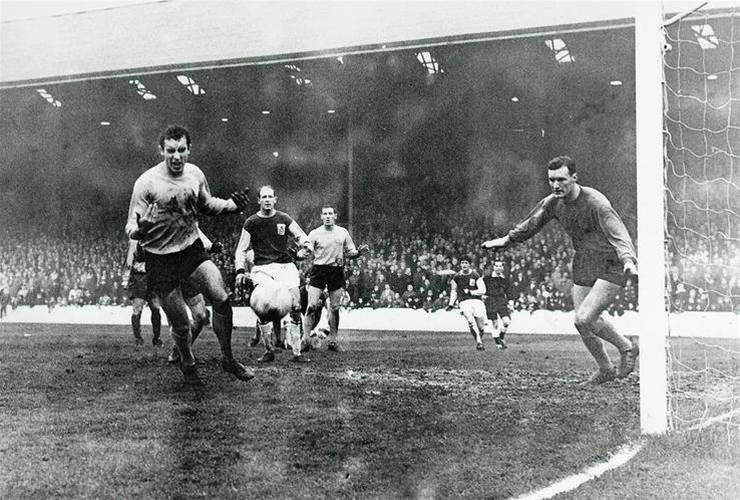 “He said it would be good preparation for me. So I said OK.

“Not many people knew about me going there. It was just me in KK and some football officials from Sabah FA. I told them I would like to go and try it out.”

I wasn't getting paid the right amount ... I was being taken for a ride and went home

It took time for the deal to get done and Wong eventually arrived in Australia at the start of 1974. He started well, quickly scoring six goals in two trial games. Life on the pitch he found simple, but it was a little tougher off it.

“I had a job during the day and it was not an easy one. I worked in a meat factory and after I finished I went to training.

“The training was hard and I played for the first team and the standard was pretty good, though I couldn't say if it was better than Malaysia. There were so many foreign players there, from Hungary, everywhere. We had good coaching.

“I was not happy though. We got weekly pay but I was getting less than the others. I used to talk to one of the Aussie midfielders I was friendly with and he asked me if I signed a contract. I don't think I did [local media reports at the time claimed there was a 12-month deal with an option to extend]. It was a little loose.”

Eventually he went to see MacLaren to demand answers.

The qualifying campaign was made into a movie, released last year

“I spoke with David and asked why I was in this situation. He said 'maybe after this year, I will do a contract'.

“I wanted a proper contract like the others. I just felt that the other boys were getting more than me. I was a pretty good player and better than them and wasn't getting paid the right amount. It did not happen so I decided I was being taken for a ride and went home.”

Wong can't remember how many games he played, but while he says it wasn’t too many, he enjoyed the overall experience.

“I liked Sydney and Australia. I had a nice time. I was not too happy with the football – I am not talking about the standard – but my arrangement as a professional football player.

“It must have improved me as a player and a person, but I am not sure I was there long enough to enjoy the benefits of the different training and football.”

There is, he says, only one real regret.

“At least I tried in Australia, but I just wish I had gone to England at some point. But it did not happen.