Melbourne City coach Warren Joyce is facing some searching questions about the absence of star striker Bruno Fornaroli from the squad that lost 2-0 to Brisbane Roar on Saturday night.

Adam Taggart made it five goals from five games when he fired Roar to their first win of the season at Suncorp Stadium.

But the big talking point was why former Golden Boot winner, Fornaroli, failed to make the trip to Queensland after being included on Thursday’s team sheet.

Early speculation suggested a fitness problem but Joyce resolutely refused to address that question suggesting the player was simply dropped from the line-up.

“I just tried to pick a team to win the game,” he told Fox Sports. “We picked a team to try and win the game tonight and I thought we played some good football.

He added: “We dominated possession obviously – a lot of passes, a lot of really good play – tried to play good football but didn’t manage to score the goals.

“You know we’ve gifted them a goal just before half time when I think a lot of people maybe thought it was a penalty.

“That let us down and then you’re chasing the game and we get done on a counter attack but a lot of positives.”

Fornaroli was on target in the last round against Wellington Phoenix and Fox Sports pundit Mark Bosnich questioned why the 31-year-old Uruguayan didn’t at least make the bench.

“The only question I’ve got, if he was a 100 per cent fit and you picked the team to win the game – no problem that’s your prerogative – why isn’t he on the bench,” Bosnich said.

“Because when you’re one-nil down away from home and you’ve got someone like that on the bench, he can come on and get you the goal.

City captain Scott Jamieson admitted it was a frustrating night at Suncorp for the visitors.

“Their first goal was against the run of play – we were causing lots of problems and had lots of the ball. We switched off there and went one-nil down," he told Fox Sports.

“It’s a tough game. It’s always tough to come here but I thought we showed a lot of promising signs but in the key moments we were just let down.

Jamieson said there was “no issue” surrounding Fornaroli’s absence.

“A lot of players miss out,” he said. 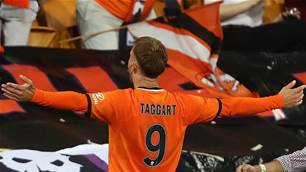 Aloisi on Taggart brace: Plenty where that came from 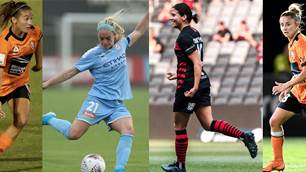 Who should win W-League Young Player of the Year?