It's was tipped to be one of the most exciting groups in World Cup and Group E hasn't disappointed, as Serbia, Switzerland and Brazil all vie for a spot in the round of 16.

Costa Rica's chances of progress were extinguished yesterday with a last minute defeat at the hands of Brazil compounding their loss to Serbia in their opening game.

Switzerland never disappoint at the World Cup as they sit second on four points, with their first win of the tournament coming against Serbia this morning.

Brazil have started poorly. Although they are top of their group, Tite's side have been uninspiring and have left much to be desired from one of the World Cup favourites.

Meanwhile, Serbia have a young squad that has shown glimpses of talent and flair. Aleksandar Kolarov won them their first match against Costa Rica but they blew a lead in their second, leaving them in a precarious position as they prepare to face Brazil.

Here are three things we learnt following another intriguing round of fixtures from Group E.

Oscar Ramirez's side went into the tournament on a patchy run of form from their pre-World Cup fixtures.

After a dreadful display in their first match against Serbia, followed by a gallant effort but disappointing loss to Brazil, Costa Rica have been eliminated from the World Cup with zero points from two matches.

It comes as a shock to many who expected their heroics in 2014 to be built upon in Russia, with the majority of the same squad heading over to the tournament, but it seems Ramirez' tactics have forced Costa Rica into a shell of the side they were four years ago. 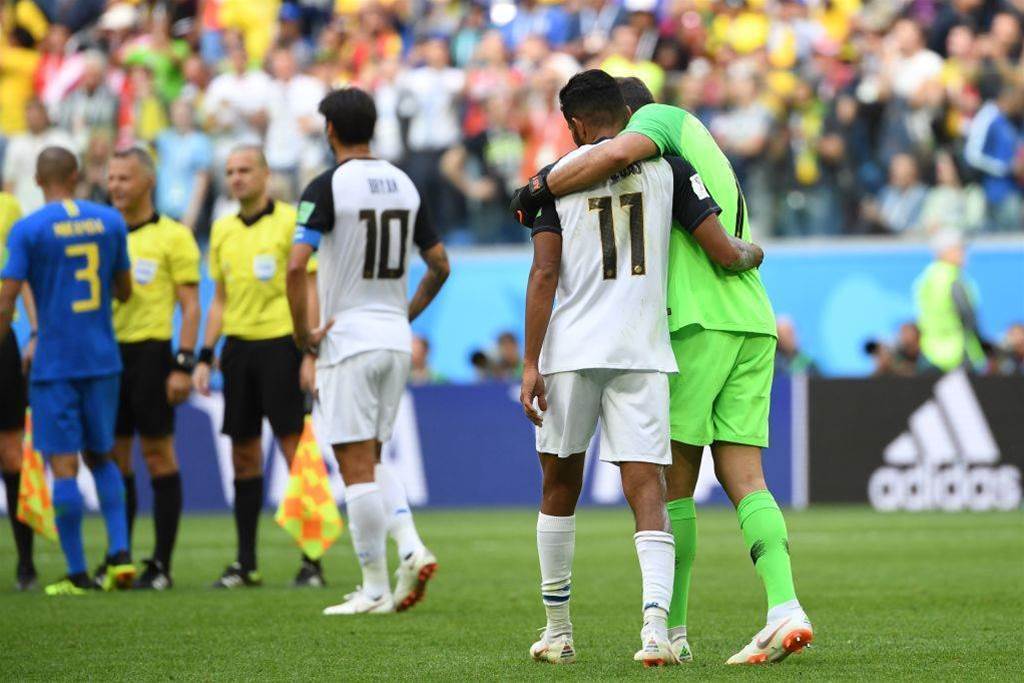 Ramirez set up with a flat back five while his full-backs hesitated to come forward, which is surprising considering it's where their width comes from and Christian Gamboa and Bryan Oviedo are to fit and agile wing-backs.

Their counter-attacks never threatened and they never looked like scoring. Captain Bryan Ruiz was stationed as a left midfielder which plagued him with defensive duties. When he finally had the ball, he had the whole length of the field to traverse. Rather than being the lynchpin in an advanced role in the centre of the park, he was held back on the left.

As a result, they had little going forward, and registered only three shots on target in their first two group matches.