A-League finals newcomers Western United are confident their players' wealth of experience will hold them in good stead in Sunday's elimination final against Brisbane at Bankwest Stadium.

The likes of Alessandro Diamanti, Besart Berisha and Andrew Durante are fully fit and coach Mark Rudan said that trio's experience would be crucial against Warren Moon's side.

"We've got big-game players, we've got experienced players who have been there and done that - you can't put a price on that as far as I'm concerned," he said.

"Besart's been there, Dura's been there - you can go through the rest of the team as well, they've all played finals football.

"You can't disregard Diamanti - he hasn't played finals football, but you understand what he's about.

"There are going to be moments in finals, where it gets a little bit edgy and a bit nervy, and that's where these guys come to the fore."

Rudan rested several players in United's mid-week loss to Melbourne City but wasn't concerned the defeat had snapped their momentum.

Scott McDonald is set to face his old club for the first time but Rudan said there was "no ill feelings" towards the Roar forward.

"He's played in big games before in Europe, he's scored against Man United (and) AC Milan - he's been a very credentialled striker around the world," Young told AAP.

"So I think from that point of view he's looking forward to this game and I know he's a person that gives 100 per cent effort."

Young said Brisbane needed to maintain the team-first approach that had earned them fourth place.

"The best way to approach this for us is to have a focus on showing up for each other, (on) dragging each other through no matter what and being solely focused on those 90 minutes," Young said.

"If we fixate on the process, on the performance, we're gonna give ourselves as good a chance as we're ever going to have."

* This will be the third A-League meeting between United and the Roar, with each team recording one win apiece 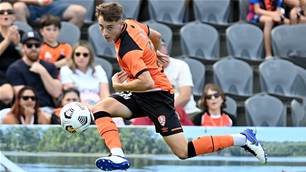 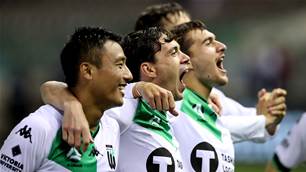