Western United defied all the metrics of modern football to claim a crushing win over Melbourne Victory – and coach Mark Rudan couldn't care less about the stats.

Once a hero in navy blue, Besart Berisha has been  Victory's villain in green and black, with his heroics snapping  United's three-game losing streak in the 3-1 victory over his former A-League club.

Victory took the lead through Andrew Nabbout in the 14th minute, but Berisha's double in the 17th and 43rd minutes bookended Panagiotis Kone's 24th-minute strike for a memorable win at GMHBA Stadium.

The win propels United back into the top four, while Victory sink to 10th on the table.

"We needed to get the result today - that that was the most important thing," United coach Mark Rudan said post-match.

"It's a funny old game - the last few games we've won every facet, except for the one that's important - that's the scoreboard.

"Today, the opposite but we don't really care." 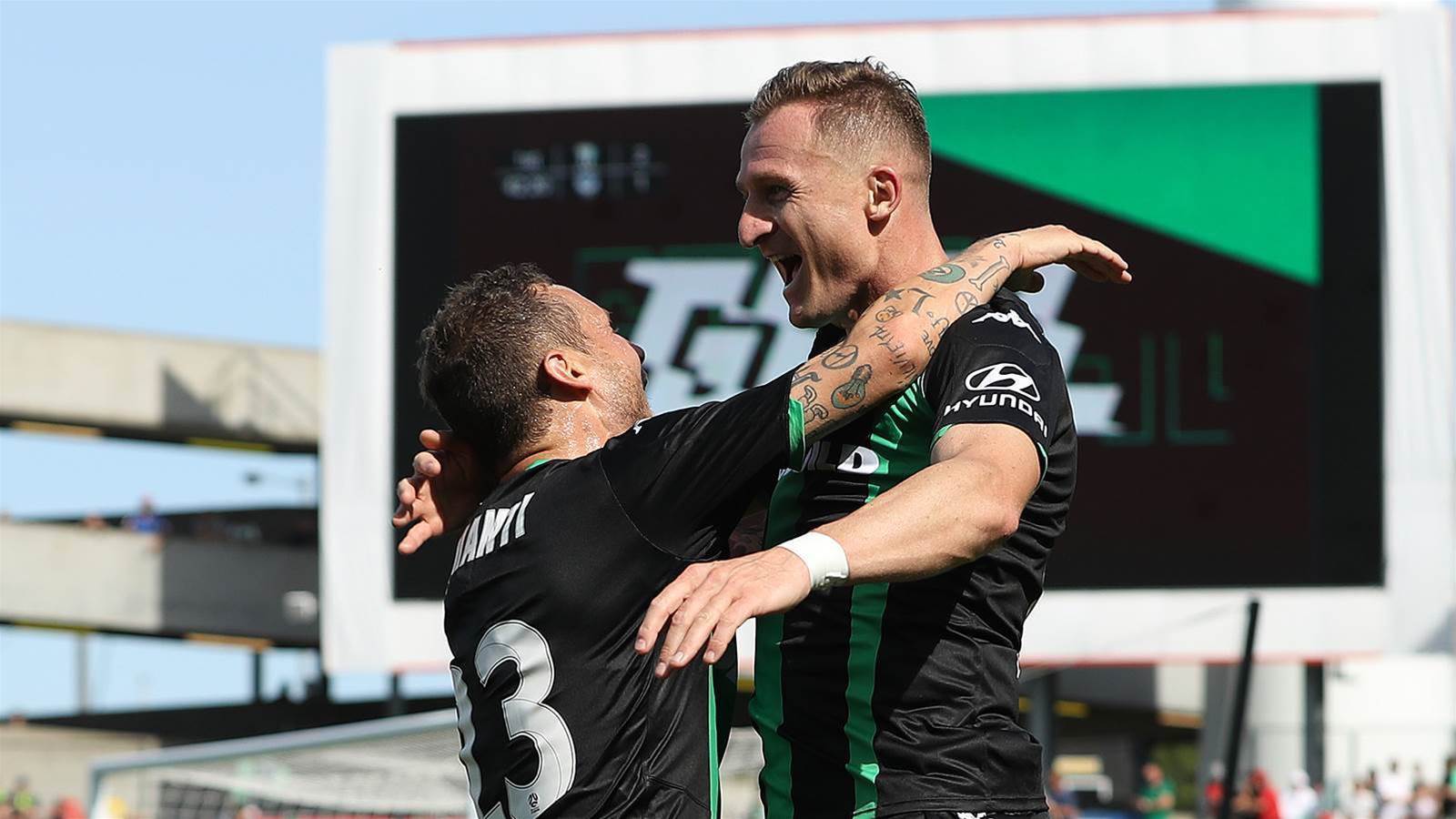 Victory fans - who made up a significant chunk of the 10,128-strong crowd - booed every United player as their faces appeared on the big screen before kickoff - but reserved rapturous applause for Berisha. By day's end, they were left to rue his involvement.

Robbie Kruse was denied by Filip Kurto in the sixth minute but, 11 minutes later, Nabbout handed Victory the lead.

Jakob Poulsen delivered a superb ball on the wing to release Nabbout and the Socceroo backed his pace against Ersan Gulum before unleashing a scintillating strike across his body and into the opposite bottom corner.

Connor Pain made an explosive run down the left wing and sent a tantalising cross into a cluster of players, with Berisha rising highest to head home.

The Victory legend had a muted celebration, leaving his teammates to revel in their first strike in four games.

In the 24th minute, United snatched the lead.

Kone was the quickest to meet Alessandro Diamanti's low free kick to the near post and prodded home.

Victory should have equalised shortly after the half-hour mark, with Kurto saving Ola Toivonen's skidding shot in the 31st minute, James Donachie hitting the woodwork and Nabbout shooting wide a minute later.

But despite Victory's attacking inroads, United were next to score as an advancing Josh Risdon floated in a delightful ball for Berisha to head home his second.

This time, the ex-Victory marksman relished the moment - throwing out his arms and running to the United bench, where he embraced coach Mark Rudan and teammates.

In the 74th minute, Kurto produced a superb one-handed save to deny Toivonen's close-range shot off the back of brilliant play by substitute Josh Hope.

From there, United held on, leaving Victory to lament issues their woes.

"With their chances they scored three goals and we scored only one," Victory coach Marco Kurz said post-match.

"And football, it's a sport you have to score a goal and you have to defend attacking from the opponent and in both today we were not good enough."