The Sunshine Coast product may have played seven years in the A-League at Gold Coast United, the Mariners - where he won a championship - and Sydney FC, but at Emirates Club in the UAE, he was just another foreigner brought in to fix a problem.

In the Falcons’ case, a leaky defence.

But off the pitch, Anderson’s recollections reflect the pecking order at big foreign clubs owned and funded by powerful, rich businesspeople.

“The easiest part of my week I say is playing the 90 minutes,” Anderson tells FTBL when asked about his move from Sydney FC  to the Arabian Gulf League. 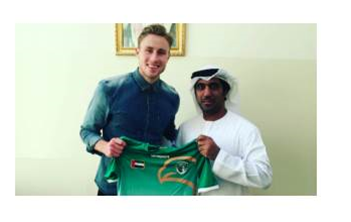 “And having to deal with expectation, going and meeting a Dato [in Malaysia] or meeting the Sheiks.

“Getting a phone call in the middle of the night saying a Sheik’s grandson birthday is on now, and you need to report in an hour, and you’re two hours away.

“And these things are non-negotiable. There’s no union or no-one to call. They say jump and you say, ‘How high?’.

“Whereas in Australia we ask for seven days’ notice, and if not, we go to the PFA!

Signed by German coach Theo Bucker (a legend in Lebanese football circles), Anderson – like the rest of the visa players – was expected to perform from day one at the Ras Al Khaimah outfit.

“I got my first taste of overseas football in Dubai," he says. "My first ever game was against Sharjah.

“We lost 5-1 and it was probably one of the hardest nights of my life. But it was also one of the best learning experiences.

“I played against this Brazilian striker called Douglas. He was one of the most incredible athletes and players I’ve ever had to deal with. 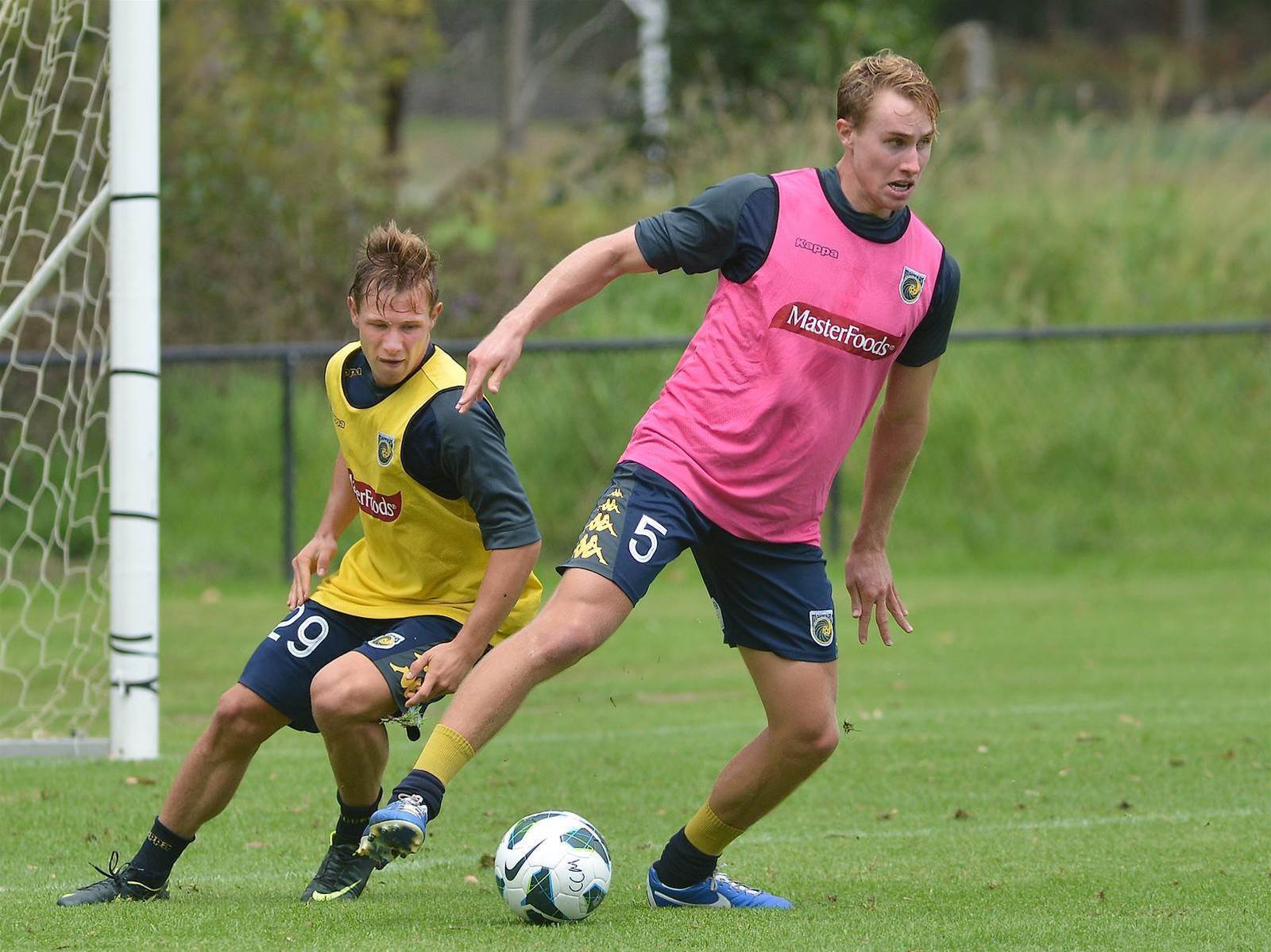 “Those experiences shape you.  As Taylor Regan said recently when playing abroad the foreigners have to make a difference.

“And these teams spend their money on strikers. As a foreign defender, I’m up against these guys every week.

“So you need to adapt and compete against the best. The strikers are just phenomenal and just shows you how many players there are, and always someone ready to take your place in the team.”

And that goes for the manager, too.

When a player is signed by a particular manager, quite often when the boss departs, the player can be frozen out by the incoming regime.

“I had a great relationship with Theo, who was the ex Lebanon coach, but our first five or six games didn’t go to plan. He, unfortunately, got the sack.

“That made my job very difficult. The new coach came in and he brought in his own players.

“I very quickly had a lesson in life as a foreigner. So I only played a handful of games before being told they were going to replace all of us foreign players in the next window.” 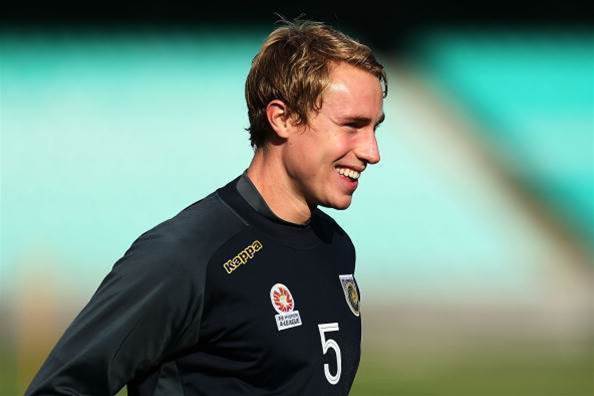 Anderson remained professional, trained hard but was on the outer for the remainder of the year before flying home for Christmas.

“But I really enjoyed it. The life outside of football in Dubai, learning about a Muslim and Islamic society, understanding their values and culture was really interesting,” he recalled.

A phone call from Shane Smeltz and an agent and five days later, Anderson was back at the airport and off to Malaysia for what turned out to be an opportunity in the Malaysian Super League.

“Joining Kedah, wow, probably the most enjoyable season I’ve ever had to date.

“The fans were so amazing – we’d arrive three hours before a game with 35,000 fans in the stadium.

“I’d never experienced it before. I never had so much support than when I was with Kedah. It was overwhelming.

“Playing in Cup Finals in front of 100,000. That was where my Malaysian career kicked off.”

Three years in Malaysia and despite the politics and administration, Anderson says the fans make the league and give him hope of a brighter future.

Stints at PKNS under Dato Rajagopal and Perak with Aussie coach Mehmet Durakovic and playing alongside Brendan Gan taught him that you need to deliver as a foreigner.

“The biggest learning curve for me has been dealing with the pressure of being a foreigner abroad," he added.

“In Australia, you’re bubble-wrapped and get that professionalism and looked after by the medical staff and get the arm around you by the assistant coach. 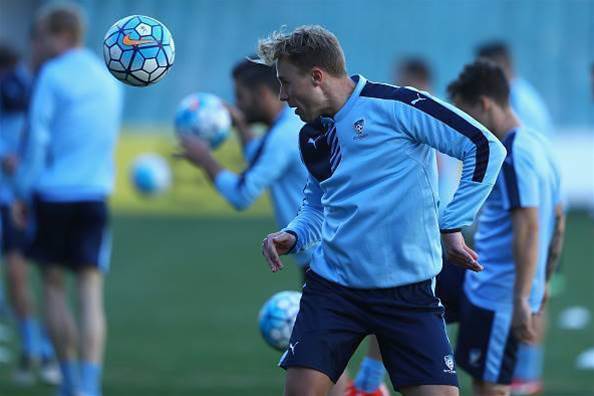 “You kinda don’t have a perspective of what’s it’s like to be a professional footballer.

“But you go overseas at that age and you’re one of four or five foreigners and you are ‘the main man’.

“You’re seen as the guy that has to be the one that makes the difference. Have that X-Factor.

“You understand this is a profession that’s only going to last a few years. And if you’re not careful and not professional it can last a few days or a few weeks.”

At 28 and in his prime after racking up 35-40 games a season in Malaysia, Anderson is reviewing his options four years after landing in Dubai.

With sporty parents, the muscular Anderson always gravitated towards sport and went through the QAS football program, but he continues to dabble in studying a law degree.

Who knows where the law may take him, but for now, after a short stint in UAE and three years in Malaysia, he’s looking to broaden his playing horizons once more.

Anderson added: “I left Australia to go on a little bit of an adventure and it’s definitely been fantastic.

“But now I’m looking at the next chapter.” 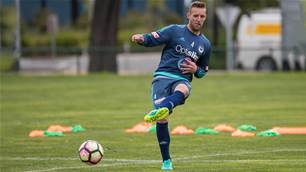