Zico took over at CSKA from the outgoing Valery Gazzaev at the beginning of the current Russian season and enjoyed instant success, leading the army club to the Russian Cup and Super Cup.

CSKA have spent most of the season in the leading pack and in contention for one of Russia's two automatic Champions League berths, but a recent dip in form has seen them drop to fourth place, 10 points behind league leaders Rubin Kazan.

And the Brazilian had riled the CSKA board after publicly criticising his players following the 2-1 home victory over bottom-placed club Khimki last month, accusing them of unprofessionalism after they had come close to blowing a 2-0 half-time lead.

CSKA were forced to deny the Brazilian had been sacked at the weekend, labelling the rumours as "stupid" and insisting that he had taken a holiday during the international break.

But today a statement on the official club website read: "In an agreement reached by both parties, from today it has been decided to terminate the contract between CSKA and head coach Zico.

"We thank Arthur Antunes Coimbra (Zico) for the time he spent at the club and for victory in the Russian Cup and Super Cup, which were achieved under his management.

"We will remain good friends and wish him luck in his future work."

CSKA and new coach Ramos have 10 games remaining in the domestic campaign to win a place in the 2010/11 Champions League, and begin this season's European campaign away to German champions Wolfsburg on Tuesday evening.

Ramos earlier announced the move on his own personal website, www.juanderamos.com.

He said: "They (CSKA) are an historic team even though they haven`t had luck in the continental competitions. We are convinced that we can have a good season in the Champions League and we are going to work hard for that.

"I love challenges, we are looking forward to helping the team realise their potential in Europe, and working very hard over the next three months."

Ramos led Sevilla to five trophies in two seasons - including back-to-back UEFA Cup titles - before leaving Spain to take over at English club Tottenham in 2007.

The 54-year-old spent just one year at Spurs before being dismissed last October after presiding over the London club`s worst start to a season.

However, just 45 days after his departure from Spurs Ramos had been installed as Bernd Schuster`s successor at Madrid, being handed a six-month contract.

Under the Spaniard, Madrid launched an impressive chase of runaway leaders Barcelona at the top of the Primera Division, but they ultimately came up short and Madrid opted not to renew Ramos` contract this summer and appointed Manuel Pellegrini in his place. 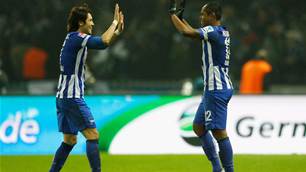 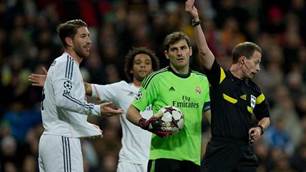 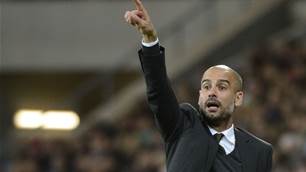