Whether they're up and coming talents or players looking for a second chance, these guys will be hoping to be on Ange's radar.

On the eve of the 2016-17 A-League season, but as well as being in the midst of a World Cup qualifying campaign, Socceroos boss Ange Postecoglou has laid down the marker for local based stars to make a case for themselves for national team selection.

Since his tenure begun, the former Brisbane Roar and Melbourne Victory manager has introduced many players who have either blossomed in the A-League, or used the national league as a platform for a successful career in Europe. The days where former managers Pim Verbeek and Holger Osieck used to shun their noses at the local league are over, now Ange wants to continue to cast his net as far and wide as he can, especially with a gruelling qualification campaign and the possiblity of three major tournaments from now until the begin of 2019.

James Troisi
The Asian Cup hero hasn't continued his impressive form since the tournament at the beginning of 2015. Following on from his successful tenure in Belgium, two failed moves to Saudi Arabia and China has seen the attacker fall behind in the pecking order. Troisi has been in this position before and used the A-League to help him find his feet, and he'll be hoping a second coming at Melbourne Victory will put him back in Postecoglou's plans.

Rhys Williams
One of the more heartbreaking stories of this current generation, the former Middlesborough captain has had a career littered with 'what ifs?' Injuries have marred the central defender from realising his full potential, and the club he made just under 150 appearances for are now playing Premier League football and have continued on without him.

Still 28, Williams has returned home to Perth to link up with younger brother Aryn and is at full fitness and still at a good age. If he can put his injury curse to bed there is no doubt he has the ability to help lead the back line for the Socceroos with his talent and experience. 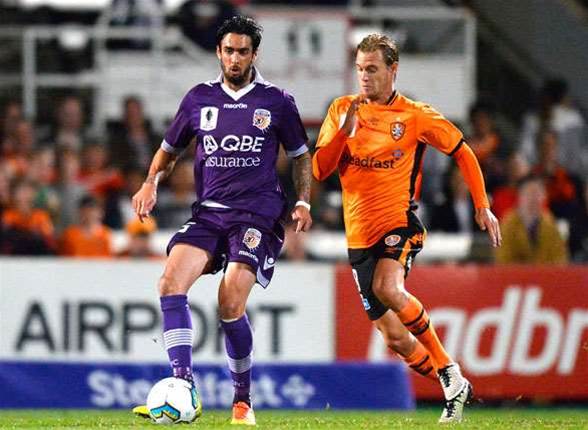 Will a home coming help Williams get into contention? (Photo by Getty Images)

Josh Brillante
​The versatile midfielder/defender left the A-League after a successful stint with the Newcastle Jets but struggled to find his feet at Fiorentina in Italy. After a couple of disappointing appearances for the Italian heavyweights he was loaned out twice before finding himself back home, this time with Sydney FC. Age is still on his side, and at 23 Brillante has an opportunity to rediscover the talent that excited many Australian football fans a couple years ago.

Luke DeVere
The Brisbane Roar defender missed the entirety of last season through injury and will be hoping on staying fit and regaining his form. The big, burly central defender's one and only appearance for the Socceroos was in a 2-2 draw away in Germany against the reigning world champions in an impressive display. If DeVere can maintain his fitness, there is a strong possibility he could be back in the green and gold.

Bernie Ibini
When the talented winger left Sydney FC for Club Brugge in Belgium big things were expected from him. Unfortunatley a pre season injury saw him break his leg in his first training session, which ruled him out of the entire 2015-16 season. Still contracted to the Belgain club, he has been loaned out back to the A-League for a second stint with the Sky Blues. Good form will not only gain the attention of his employers but also of the national team boss.

Luke Brattan
One of Ange's most trusted troops during his tenure at Brisbane Roar, the holding midfielder experiened a set back last season. A transfer to football giants Manchester City led to a loan to then Championship club Bolton Wanderers which didn't work out at all in a disappointing season for both himself and the team. Now on loan to sister club Melbourne City, the former A-League championship winner will be hoping that a season surrounded by Tim Cahill, Bruno Fornaroli and Nicolas Colazo will help him get back into the national team fold.

Kerem Bulut, Adam Taggart & Jamie Maclaren
Why have these three in one? One answer, Tim Cahill. Yes, the leading Socceroo goal scorer may be grabbing all the headlines after his signing with Melbourne City, but at 36 Ange still hasn't been able to find the heir to his throne.

Bulut, a returning Wanderer, hasn't had an opportunity to feature for the national team but good form and a successful home coming will put him in contention for the coveted centre forward role.

Taggart on the other hand never continued the form that saw him get picked for the 2014 World Cup. A disappointing tenure in England with Fulham and a loan spell in Scotland saw the former Jet fall off the face of the earth for many Socceroos fans. Now back home in Perth, he'll be hoping to replicate the form he had whilst in Newcastle.

Maclaren will be aiming to continue the incredible season he had with Brisbane Roar in the last campaign and translate it into the upcoming one. Unfortunatley for the striker the incredibly long off season prevented him from getting selected for the qualifiers so far, but he will surely add to his solitary cap he achieved at the end of last season away in England if he can replicate last season's performances. 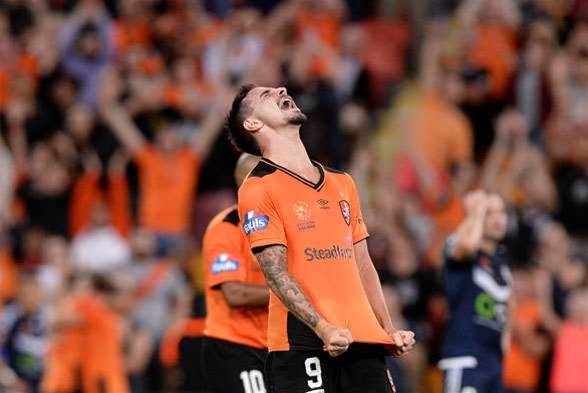 Possible star for Gen Next? (Photo by Getty Images)