It’s a torrential night in Avondale, or maybe it was Pascoe Vale…each sodden council ground, dodgy carpark and greasy tuckshop fades effortlessly into the next.

The rain is seeping through the thin nylon in my Heidelberg United jacket and the zipper’s stuck, leaving the upper half of my soaking t-shirt exposed to an icy gale.

It’s Sunday night, I’m 20-years-old and I could be with friends, or better yet home asleep, but instead I’m spinning terribly-written match reports for at-best 20 readers, in the vain hope that it will translate into a career as a football journalist.

For a moment I awkwardly pity myself, consider packing it all in and travelling home.

But then I think of two of my most recent interviews; a swaggering Heidelberg striker called Kenny Athiu and a much slighter, yet equally striking Melbourne Knights forward, Elvis Kamsoba.

Two refugees who – while I was enjoying an Australian suburbanite upbringing – grew up in abject poverty, the collateral damage of decades of civil war.

Two people who tonight, while I was complaining about a jacket and a three-hour commute, were relishing they had a chance to pursue their dreams. 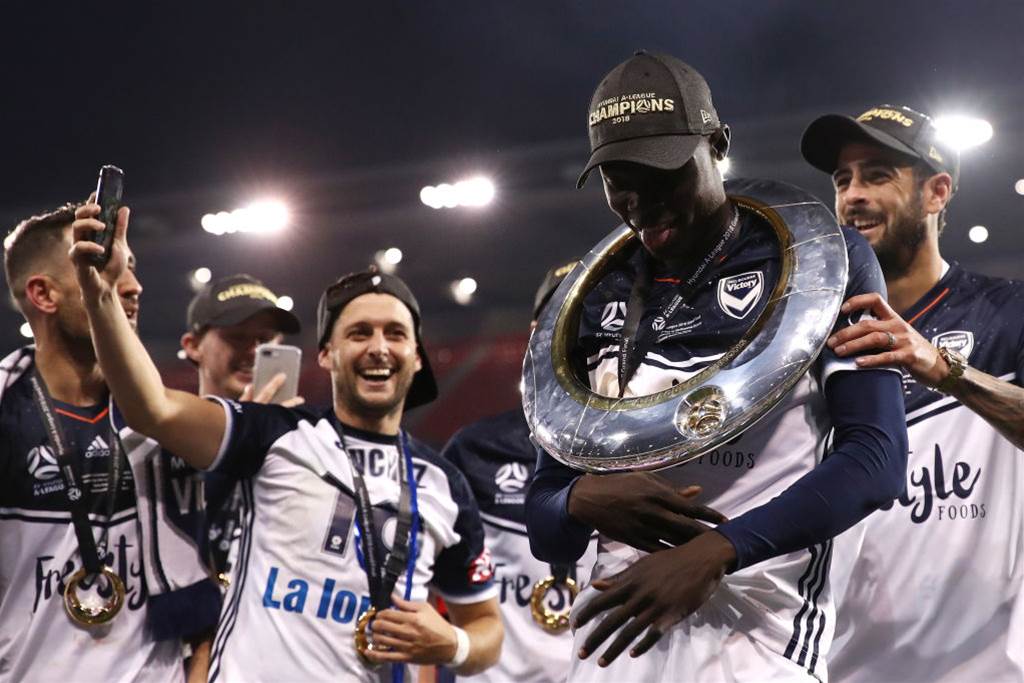 While he had only recently broken into semi-professional football after a long-term injury to fellow Heidelberg striker (now also A-League forward) Kaine Sheppard, Athiu already dressed like a celebrity and carried himself with enormous confidence, not least due to his baulking 6’7 frame.

“I’ve played football since I was six and it prevented me from losing focus,” he continued.

“In South Sudan, there wasn’t much and we didn’t have much. You would always see people stealing or wasting their lives.

“You just go to school and it was easy to get lost.”

Around 1,300 kilometres south of the Jonglei region, where Athiu was born, is the tiny African nation of Burundi - the birthplace of his Victory teammate, Elvis Kamsoba.

The distinctions between the pair are stark but complement each other perfectly: Athiu is more than a foot taller, while Kamsoba has a contrastingly quiet, occasionally stuttering disposition.

On the pitch, however, the Burundian - famed for his extravagant celebrations - quickly becomes the exuberant winger to Athiu’s imposing centre-forward, the Ronaldinho to his Ronaldo.