So with the continuing lock-down, here’s another in my find your own football adventure series.

Of course the game’s not just about the goals, but goals are what most people remember.

Timmy’s thunderbolt against the Dutch…

Bergkamp’s flick around the corner and finish…

Truly magical moments that live in heart and mind forever, but there are other goals. Goals we ourselves have scored or been part of.

I can honestly say that some of the greatest goals I’ve ever seen were not scored by professionals. In fact the best goal I ever saw was scored by a 19 yo called Jai on a wet Sunday afternoon at Castle Hill.

I was just behind him when it happened so had a grandstand view as the goalkeeper punted the ball out from the edge of the box. It landed about five metres inside their half, and as it did, Jai glided towards it and smacked it on the half volley. Forty-five metres – nearly took the keeper’s head off – still rising when it hit the net.

I’ve never seen anything like it at any level of football.

Another old team mate was an outstanding striker who fell off the footballing ladder during the warm up to his debut in the NSW under 16s.

Four unsuccessful knee reconstructions later, he’d accepted that he wasn’t going to be the star he deserved to be, so had to play with his mates in the Dartford Town Sewer Pigs.

So when he wasn’t screaming in the surgical ward, he was busy scoring goals – one of which was the Lumley Special. At least three times, I saw Steve collect the ball near the corner flag, then run along the goal line, barely moving from a straight line but continually beating defenders with little jinks and sleight of foot. Then he’d go round the keeper and tap into an empty net.

As for myself, there are two I’d like to relate – and both happened when playing Gladesville Hornsby Premier League back in the 80s.

The first was simple enough – I was just running into the box to get onto a cross which curled away from me. Without a thought – my feet left the ground – and at full speed I’d launched horizontally at the ball, met it perfectly with my head from just inside the box, and saw it go like a bullet into the bottom corner.

Later at the pub I was harshly criticised for complaining that I was the only poor bastard who didn’t get to see it.

But probably my favourite personal goal came later that season. The DTSP (otherwise known as Thornleigh) were coming fifth and needed to beat the evil Kenthurst in the last game to make the semis.

I played left half in those days, and on my side of the pitch was gathered a large contingent of Kenthurst reserve graders and assorted hangers on – perhaps a hundred or so, all wolfing into the beers and pouring crap on the enemy, of whom I was closest.

Well, having started like Homer Simpson to lose my hair early, I gathered that the Kenthurst supporters meant me when calling out to Friar Tuck. Water off a duck’s and all that, but I was to have my moment.

About 20 minutes into the match, one of our chaps hit a thunderous shot which their keeper managed to parry and the ball looped into the air to where I was running into the box. Somehow, I managed to throw my right foot into the air – checked the progress of the ball with my back to goal – then spun round and cracked the ball on the half volley.

It hit the underside of the bar with a very sweet ping, and bulged the net like a full spinnaker.

As I trotted back to halfway I bowed to the now-silent supporters and said: “Welcome to Sherwood, Merry Men!”

Over 30 years later and I still get a huge grin on my face when I remember that.

So what about you?

There’s no other football right now so let’s indulge ourselves.

Adrian's books can be purchased at any good bookstore or through ebook alchemy. His new novel, Welcome to Ord City, will be out shortly. 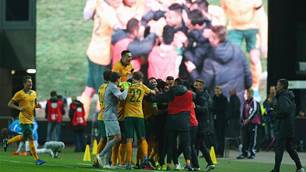 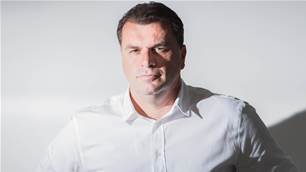