Iran defender Rouzbeh Cheshmi has been ruled out of the 2018 FIFA World Cup in Russia, the Iranian national football team said Monday on their official Twitter account.

Cheshmi sustained a muscle injury during a training session on Sunday. The medical examination revealed that the 24-year-old defender would not be able to participate further in the tournament. However, Cheshmi will remain with his team until the end of the World Cup.

Iran, who edged Morocco 1-0 in their first World Cup match at the St. Petersburg Stadium on Friday, are now the first in Group B. They are to face Spain in their next World Cup encounter in Kazan on Wednesday. 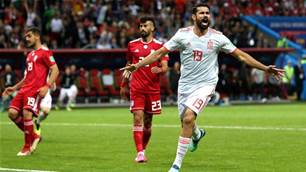