Page 3 of 3  |  Single page
African-heritage winger Elvis Kamsoba (Burundi) has progressed from the NPL to Victory.
Western United’s Thierry Iradakunda (also Burundi) and Valentino Yuel (Kenya) have also stepped up from NPL/youth football.
And of course, the Socceroos have benefited in recent years from the African diaspora. 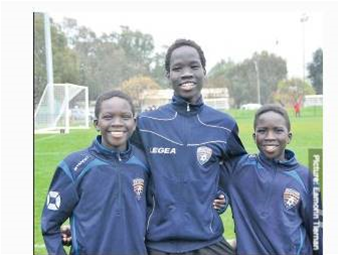 From left (Teng, Alou, and Garang) in 2016. Picture courtesy of Riverine Herald

One of the great African sports stories was in 2018 with former refugees Thomas Deng and Awer Mabil.

The  South Sudanese refugees and pals from Adelaide made their international debuts for Australia together in the Socceroos' 4-0 rout of Kuwait.

And when Deng played a crucial role in setting-up Mabil to score their story became one of the year’s most heartwarming.

Will Kuol end up playing for the Socceroos?

Time will tell but the African community in the area is very proud of his A-League debut. 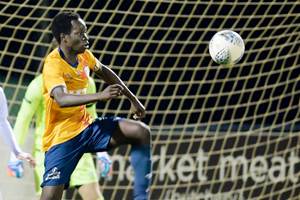 “The whole community is behind Alou. And we have such a big African community here,” added Carley.

“As a club, we embrace them [the African community] and they love the game.

“We go to a place called African House, where a lot of these families hang out together.

“They are so welcoming and embracing is our African community, and they love their sport.”

Kuol was close to signing with Western United, but with one spot left in their squad, Besart Berisha was signed. It could be the Mariners' gain and United's loss.

Also benefitting is the A-League.

And as Kuol pointed out, playing against men physically bigger doesn’t faze him.

The four Kuol brothers have been big news in Shepparton in recent years both in football and representing the local African community in a positive manner. 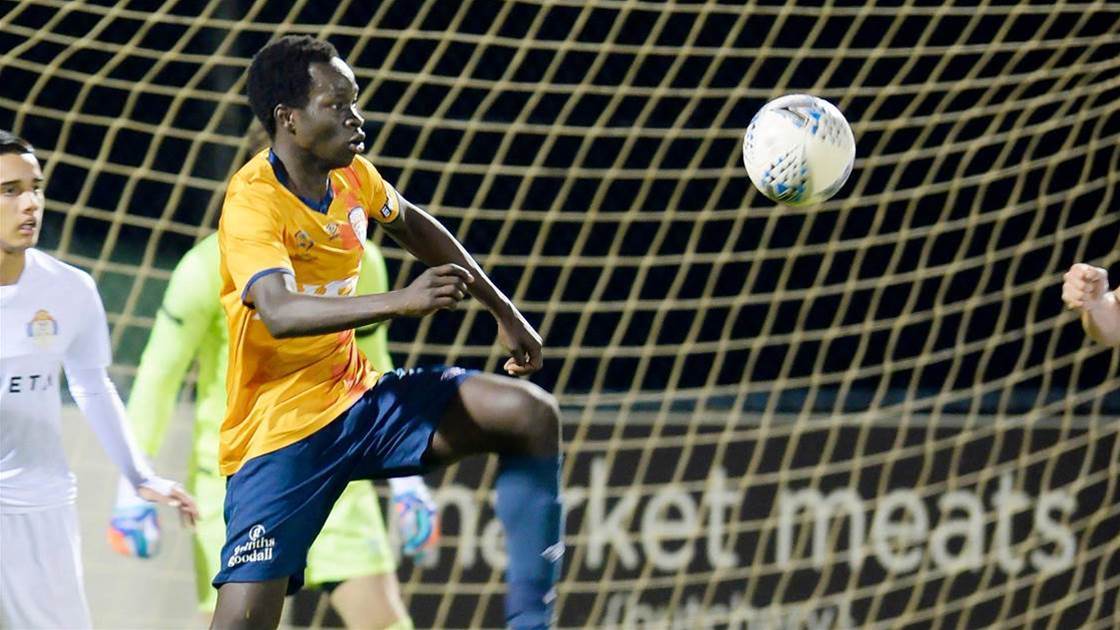 Now, the older Kuol is giving the A-League a much-needed boost of personality and belief.

How long before another Kuol is seen in the A-League?

The region's pipeline is strong, clearly.

“It’s brilliant to see on behalf of the whole club,” said Carley, one of the more talented young coaches who represented England at ‘C’ level and arrived in regional Victoria a decade ago.

"We’re only a young club so to see Alou progress from our club into the A-League, that’s what we’re all about and want to see from our youngsters.

Carley added: “We give them a chance to play, develop then go on. Hopefully it’s the first of many for us."