Adelaide Untited assistant coach Ross Aloisi appeared on Kane Cornes and Andrew Hayes's show on SEN SA Breakfast.  During the interview Aloisi covered a number of topics.  However, the lack of alleged adherence to the salary cap in the A-League is what struck many people's attention.

While Adelaide United finished 5th last season in the A-League Men's and is currently on a historic winning streak in the FFA Cup, Aloisi seemed to downplay the potential for the club this season and referenced the salary cap as a possible reason.

When asked how successful Adelaide United could be this year, Aloisi stated:

"We are not 100% sure.  We know that the league is going to be better.  There are better coaches that have come into the league with (Tony) Popovic and my brother (John Aloisi).

"We are always confident in our football ability but in saying that it is very very hard to compete with the clubs that spend so much more money than we do.

"Let us say it is $2.5 (million) or whatever it is and there is a minimum spend if spend the minimum or you have to that is fine.

"But you have clubs like Sydney FC, Melbourne City, Western United, Western Sydney Wanders, Melbourne Victory, they spend a lot of money outside the salary cap on foreign players.

"We just do not have the money to do that.  Sometimes it is very hard to compete against those clubs as well when they have spent so much money.

"But like I said, we’ve got good young boys coming through, our objective is to make the finals and be successful within the finals."

Under the new Collective Bargaining Agreement (CBA) signed last month between the Professional Footballers Australia (PFA) and The Australian Professional Leagues (APL) the salary cap is set to increase to $2.6 million in the next three years.

According to an A-Leagues statement issued today on their website, the new CBA also allows for two marquee players per team, as had previously been the case, as well as a new designated player which is an extra high-caliber recruit per club that also outside the salary cap.

The A-Leagues also stated that the designated player and marquee options have been used by clubs this season.  No Adelaide United player was mentioned for either special salary cap exemption.  However, Adelaide do have four foreign players signed to the club including Isaías who is a non-visa foreigner.

Whether Aloisi is getting his $3 to $5 million difference estimate by adding the additional marquee and designated player salaries to the possible lower amount spent on salaries, meaning the club is not hitting the salary cap, is unknown.

Danny Townsend, the APL Managing Director and Sydney FC's CEO, one of the clubs mentioned by Aloisi, stated in the A-League statement today about the additional designated player spot:

“It wasn't like some of the clubs pushed back on it, they all buy into the fact that we're all shareholders in the greater good here and having clubs bringing talent in was something that everyone was unanimously in favour of.

“I think it's a balance. We have the salary cap in there for a reason and we are obviously keeping that in place for the next five years.

“But equally we do want to allow those clubs that are willing to invest more the freedom to do so, and it was well received by all the clubs.

“If you look at the decision-making matrix a family goes through in attending a football match, they're looking at ‘Who am I going to go and see’.

"If there's another reason for them to go, that's good for the turnstiles and we want to see packed-out stadiums.”

The A-Leagues states that the new changes open up could bring up to almost $15 million of new talent to the A-Leagues. 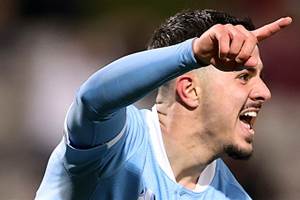 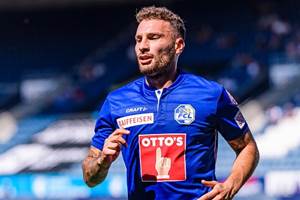 Adelaide United open their season against Perth Glory on Saturday, November 20, 2021.  The first six round of their schedule can be found using this link.