Round Four provided a number of close games, one high scoring one and several movements in the A-League ladder. Below is a game by game review of every A-League Men's Round 4 match.

In a round that started last Wednesday, the week's play has provided a lot of entertainment for some fans and misery for others.

Macarthur remain the only unbeaten team in the A-League so far, a feat that has kept it atop the A-League for another week.  At the other side of the ladder Adelaide, Sydney and Brisbane have yet to register a win, with scoring being the greatest problem of the latter two teams.

Wellington Phoenix continued their two month expedition away from home, with a heavy defeat the club would like to forget. Their high scoring opponents this past week were Newcastle Jets.

Jets have two players currently sharing the A-League's top scorer: Beka Mikeltadze and Valentino Yuel who each have three goals in 2021-22.  Their teammate Penha also makes the top of an A-League list, sharing the top assists position with Melbourne Victory's Marco Rojas. Both men have created three assists apiece this campaign.

The current A-League Men's ladder after Round 4 looks as follows:

Both teams entered the mid-week match equal in points, chasing their second win of the season. Melbourne City looked like they had taken the lead in the 13th minute of play through an Andrew Nabbout's shot.  However, it was subsequently ruled offside by VAR.

Melbourne had a number of close chances in the first half but neither team was able to break the deadlock.  The match became heated just after kickoff of the second half when Perth's Round 3 hero Burke-Gilroy received a yellow card.  It quickly devolved into a scuffle with two other players were booked.

Burke-Gilroy's teammate, young goalkeeper Cameron Cook, was the Glory player that impressed this week.  The 20-year-old replaced injured Brad Jones and Liam Reddy in goal becoming the first A-League Men's player from Alice Springs.  In his second A-League appearance Cook made an impressive six saves during the evening.

The young keeper was ultimately beaten in the 88th minute of the match. A deep pass by City's Curtis Good found Connor Metcalfe who headed it across the goal.  It found Nathaniel Atkinson and the Joe Marston Medallist headed it in to give the home team a 1-0 win.

The evening was one of opposites for both head coaches.  Jets gaffer Arthur Papas enjoyed his first win since taking over Newcastle in late June. In contrast, the game turned out to be Wellington head coach Ufuk Talay's worse defeat since the start of his Phoenix tenure in 2019.

The match can be boiled down to a dominant accurate Jets and a poor defensive performance by Phoenix. The star of the game was Jets' Beka Mikeltadze, who scored a goal in each half for a brace.

This was followed by goals from teammates Dylan Murnane and Daniel Penha to make it 4-0. Penha was involved in both the latter two goals, providing an assist in the first goal with a smart little pass to Murnane before scoring himself eleven minutes later.

Last week's Newcastle brace goalscorer Valentino Yuel continued his strong performances, creating trouble for Phoenix on the left hand side.  Wellington did get some chances during the evening, with four shots on target, but never truly tested Jets keeper Jack Duncan.

It was Phoenix's second A-League loss and Jets' first win of this A-league Men's campaign.

Brisbane entered Round 4 last in the A-League ladder against a Western United team on two straight A-League wins.  The current wooden spoon were not able to turn their fortunes around.

The home side, playing this match at GMHBA stadium, outshot the visitors throughout the evening. The scoreline remained 0-0 into the second half largely due to Western's lack of accuracy with their final touch and not due to the Roar's defending.

Roar for their part struggled in the final third managing just with six shots overall, only one of them being on target.   The shot in question came from a long range Jay O'Shea shot that was easily saved by United keeper Jamie Young.

United's Connor Pain scored the only goal of the match in the 50th minute of the game.  Receiving a chipped pass from Lachie Wales, the attacker volleyed the ball into the back of the net to make it 1-0 for Western.

It was an eventful night for Josh Risdon, with the Western United vice-captain recording his 200th A-League appearance. The defender has played every minute of this season, after missing most of 2020-21 due to injury.

The win extends Western's winning streak to three.  Roar remain on one point, having yet to claim a victory this season finding the back of the net just once.

Western Sydney Wanderers hosted Macarthur in Round 4, giving fans a matchup between two of the three remaining undefeated teams in the A-League.  Wanderers were hoping to turn things around, after their mid-week shock lost to NPL side APIA Leichhardt in the FFA Cup.

Despite Wanderers having the majority of the possession for most of the game, it was Macarthur who were more convincing throughout the match, creating more chances on target.  The home side were missing both forwards Tomer Hemed and Jack Rodwell due to injury.

Both teams had chances on target in the first half, with Bulls' Tommy Oar's long range shot hitting the post and Wanderers' Bernie Ibini-Isei's header forcing Macarthur keeper Filip Kurto to perform a diving save.

Macarthur broke the deadlock in the second half with a Tomislav Uskok goal in the 64th minute.  Ten minutes later Jake Hollman received a pass in the box from Daniel da Silva and calmly put it in.  It was the 20-year old's first professional senior goal.

The match finished with the 2-0 scoreline in favour of Macarthur who ended Wanderer's unbeaten streak but extended theirs.

The Original Derby did not disappoint.  The evening was filled with chances, saves, cards and in the end a Victory win.  Adelaide forward Kusini Yengi was the first player booked during the evening, receiving a card in the 26th minute for a dive in the penalty area.  This started a thirteen minute period with four more yellow cards handed out to two players from each side.

Spectators had to wait until the second half of the match for a goal.  Francesco Margiotta, who signed with Victory ahead of this A-League season, scored his first for the club. His teammate Marco Roja retrieved the ball off a rebound from Reds keeper James Delianov's save and flicked it back directly in Margiotta's path, who then slotted it in.

Adelaide did produce a number of chances during the evening, keeping Melbourne keeper Ivan Kelava busy by requiring him to make seven saves for Victory. However, United's only goal of the evening goal though came from a deflection from the opposition.

In the 70th minute of play, Craig Goodwin's corner deflected away from goal.  Ben Halloran was able to stop and chest it before shooting it back towards the Melbourne goal.  It then deflected off Matthew Spiranovic and went into the back of the net to make it 1-1.  The Victory centre-back was attributed with an own goal.

Victory's 20-year-old Nishan Velupillay then scored the visitors' second in the 78th minute of play.  After receiving a pass right in front of goal from Robbie Kruse, all Velupillay had to do was tap it in past James Delianov.

More end of game drama occured when Jason Davidson was given a second yellow for a cleats up tackle from behind and was sent off in the 88th minute.  The man advantage was not enough to give Adelaide an edge in the last eight minutes of play.  Victory won 2-1 to register their third win of this campaign. Adelaide remain winless.

Both teams entered the round sitting in the bottom third of the ladder and wanting to change their course.  It was the Mariners that capitalized on the opportunity, scoring early in the match.

In the 13th minute of the game, Ollie Bozanic won the ball back midway through Sydney's half.  The midfielder retrieval found Brazilian attacker Moresche who then made sent in a beautiful ball which Marco Ureña picked up and slotted past Sydney keeper Andrew Redmayne.

Just three minutes later Mariners made it 2-0.  The second Mariners goal was somewhat of an unlucky one for Sydney.  A Lewis Miller cross into the box, trying to find Moresche, was intercepted by a defending Anthony Caceres.  The Blues midfielder deflected it into his own net.

Mariners continued to defended well throughout the match, keeping their shape and restricting Sydney from getting many chances. Finding the back of the net has been a struggle for the Blues this year, with the club currently missing a number of important players. The return of striker Bobô did not change their problem with the match ending 2-0 for Mariners.

Mariners' win against Sydney FC at home was their first since November 2017.  It propelled the club to fifth in the ladder.  Sydney remain second to last. 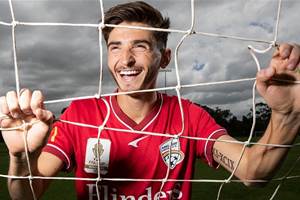 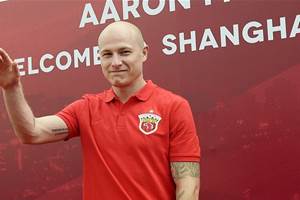