The Australian Professional League's February Football Frenzy continues this week.  In total the the APL has 36 men's matches scheduled over 28 days in February, including nine games this week.

All teams will feature in the upcoming six days of play, with Perth Glory returning to play this Sunday.  The intensity of fixtures means that several teams will be playing three games in a 9-10 day period including Melbourne Victory, Wellington Phoenix, Central Coast Mariners and Macarthur Bulls.

Entering this intense week of football Western United are first in the A-League with Perth Glory last.  Due to the variation in games played per team, ranging from 7 to 11 matches, a clear measure of the ladder will not be made apparent until some catching up between clubs occurs.

Jets' Beka Mikeltadze, Adelaide's Craig Goodwin and City's Jamie Maclaren lead in the goal scoring, with five this season apiece.  Melbourne Victory's Marco Rojas has the most assists, having provided five in 2021-22.

The ladder entering this week's play is as follows.  The full schedule is listed below.

This is getting 𝙫𝙚𝙧𝙮 interesting 👀

As we head into week two of our 'February Football Frenzy', the battle for the top six is 𝙬𝙞𝙙𝙚 open 🔥

With nine fixtures in the next seven days, where will your team be sitting on Sunday night? 🤔#WeAreALeagues @IsuzuUTE pic.twitter.com/sBJtyjByJi 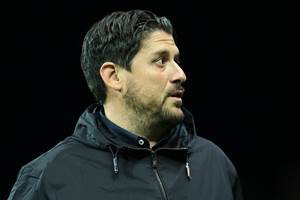 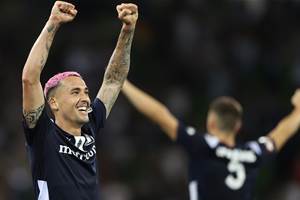 Melbourne Victory coach Tony Popovic says his side are ready to continue their form from their FFA Cup win into the rest of the A-League Men season.