The A-League has seen some top-notch ex- English Premier League strikers. And you're not going to believe what one former Jets marquee has been up to.

“All Night” Dwight Yorke was a pioneer in A-League Season One.

A huge success on and off the park the former Manchester United and Villa forward set the template.

And in Season 13, Adam Le Fondre has continued that tradition with a sizzling first season for “Alf” at Yorke’s club Sydney FC.

We look at four other EPL talents to grace the league, starting with Celtic’s latest addition to their coaching staff.

Having left Fulham on a free transfer following relegation from the Premier League, he was fresh from the EPL.

Having been coached by Mourinho and Ranieri, he brought EPL nous and World Cup experience.

Duff’s pedigree was unquestionable: two Premier League Championships with Chelsea, the final of the Europa League with Fulham, a League Cup with Blackburn, a World Cup for his country.

He linked with the A-League club during their off-season trip to the UK and moved with wife Elaine and children Woody and Darcy to the other side of the world for a new adventure.

But doubts over the then-35-year-old’s ability to negotiate a tough Australian summer lingered.

Correctly as it turned out. 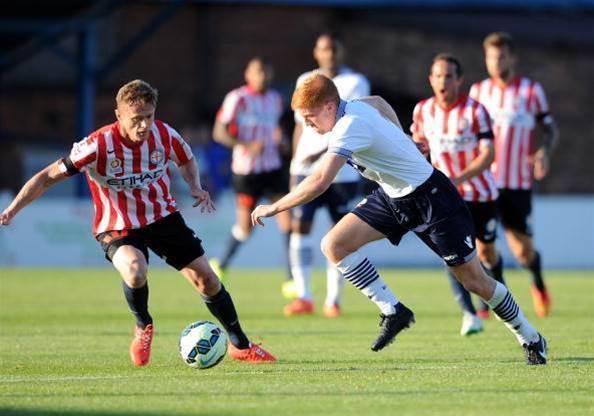 The winger got to experience big crowds at Melbourne Derbies but injuries - actually a bizarre double injury - put the kybosh on his Aussie adventure.

Duff strained ankle ligaments against Wellington, but it was revealed that he has also ruptured a tendon in his calf.

And with that, his A-League career ended.

He scored once in 15 appearances and making five assists. He impressed during his time, albeit half a season.

But a future EPL star was in his midst at City with Aaron Mooy catching the eye before his move to Manchester City then Huddersfield.

Upon leaving Duff's thoughts summed up the move: “I think at times … you miss the rain and the snow and the wind.

I think that’s in our blood, I’ve played in games over here in 40-degree heat and after 20 minutes you’re ready for the game to finish,” reported AAP.

Some basic googling would have told Duff the conditions to expect. Australia plus summer equals a tough gig!

He parted ways after a season to fulfill an ambition to play in his home country’s league at Shamrock Rovers, before retiring in 2016.

He took over coaching duties with Rovers juniors and was seemingly happy but life changed for Duff in recent months.

Now 40 years of age, the Ballyboden-born (the small town in South Dublin where  Melbourne AFL legend the late Jim Stynes began his Gaelic football career) has begun his coaching career in the professional game.

Earlier this year, he was appointed a reserve team coach at Celtic FC, a club he’s supported from afar for many years.

From coaching juniors in Ireland to Paradise was a big move.

But it got even better.

And with Aussie Tom Rogic at Parkhead, Duff maintains a link with Australia.