The keeper is returning to Australia after having spent the last few years playing abroad.  Sözer first left Australia in 2018 to gain experience when opportunities in the A-League did not materialize and to increase the level of football he was encountering in the NPL.

The dual Turkish and Australian national signed with Turkey's Süper Lig side Basaksehir F.K. in 2018, a powerhouse of Turkish football.  At the time of his arrival at the club Emmanuel Adebayor, Robinho, Demba Ba, Martin Skrtel and Gael Clinsy were signed with the side.

He was sent on loan to their sister club Turkish third league side Esenler Erokpor and spent a season and a half on loan with the team.  Sözer also spent some time with Malaysian Super League side Perak FC last year after being recruited by former Socceroo Mehmet Durakovic.

Prior to his time abroad the goalkeeper had progressed through the Melbourne City academy with whom he played in the Y-League and also won the FFA Cup in 2017 with the A-League squad.  Sözer is also a former Young Socceroo, having represented Australia five years ago.

Speaking of his return home to the Australia Sözer stated:

“After spending 3 years in Europe and Asia away from home, I feel like I have gained a lot of experience and maturity and I believe the timing is right to return to Australia to try and establish myself in the A-League.”

“I’m excited for the season ahead.

"The Mariners are a fantastic club that has given many players an opportunity to show their ability on the biggest stage. I’m looking forward to working hard every day and I hope it’s a successful season for all involved."

Sözer will be up against Mark Birighitti for the starting goalkeeper spot with Mariners.  Birighitti has been with the club since 2019, after spending nearly a decade with a number of other A-League teams.

He is the twelfth signing of the year for Central Coast with Nicolai Müller, Noah Smith, Cy Goddard, Bèni Nkololo, Dan Hall, Matt Simon, Mark Birighitti, Key Rowles, Marco Ureña and Run Tongyik committing or re-committing to the Mariners for at least the upcoming season. 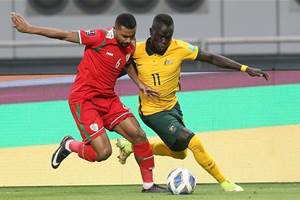 The upcoming A-League Men's schedule for the first six rounds of play can be found in the following link. 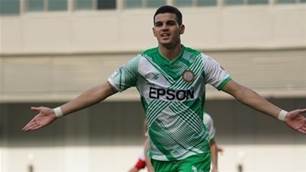