High on confidence from their FFA Cup triumph, the A-League's Melbourne Victory will head into an Asian Champions League play-off believing they can topple Andres Iniesta's J1 League side Vissel Kobe.

Victory earned the first trophy of the Tony Popovic era with a 2-1 victory over Central Coast in Saturday night's FFA Cup final at AAMI Park.

For the first time, that trophy is accompanied by a play-off spot in the AFC Champions League, with Victory due to head to Japan in March.

"What an opportunity," he said.

"Honestly, I really do. Obviously, hearing that name (Iniesta)... it's going to be a tough game but I'm up for it, I'm ready for it."

If anyone can dare to dream of causing an upset in Asia, it's Popovic, who claimed the AFC Champions League with Western Sydney in 2014.

"First and foremost, the trophy is key for the club. We now get the added bonus for the first time to have a play-off spot in Asia," Popovic said.

"We can go wherever we have to play and have the confidence and belief we can get through."

"It's unbelievable. The standards he brings are indescribable and the expectations are massive," he said.

"We've all jumped on board and you can see that week in and week out. 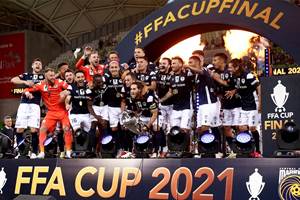 Melbourne Victory have the first trophy of their revival under coach Tony Popovic, claiming the FFA Cup final with a 2-1 win over Central Coast. 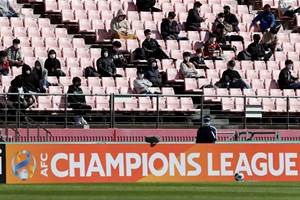 Further AFC news can be found on their website.