With Arnold in enforced isolation this week, ex-Manchester United assistant Meulensteen is his eyes and ears in camp ahead of the Socceroos' AAMI Park clash. The Dutchman is adamant the return to the fold of attack-minded orchestrators Tom Rogic and Aaron Mooy will provide the cut-and-thrust to unlock the Group B stragglers in the must-win match.

Arnold has been conferring with his players and coaching staff via Zoom meetings this week, and shares Meulensteen’s conviction that Australia’s creative juices - which ran somewhat dry in the absence of Rogic and Mooy in the costly draws with Saudi Arabia and China in November - will flow freely against Vietnam.

“Both Tom Rogic and Aaron Mooy have been in excellent form at club level (for Celtic and Shanghai Port),” Meulensteen told FTBL.

“When you lose both those boys - no matter who you’re playing - it’s going to come at a cost because they have the ability to pick a pass or (most specifically in Rogic’s case) make a run that can unlock defences.

“Having them available again (from injury) gives us more options and boost to our armoury.

“You’re adding another touch of class and composure to the mix. I think you’ll see how effective they can be on the night.

“But that’s not to detract from anybody else in our squad because we also have creative flair available to us from the likes of Ajdin Hrustic (though suspended for the Vietnam game) and Riley McGree, pace and energy from Mathew Leckie and finishing power from Martin Boyle, Jamie Maclaren and Mitch Duke.

“We have players who can create and score right throughout the team - and it’s the job of myself and Arnie to provide them with a framework to express themselves in.”

Meulensteen admitted it was a “bit weird” that Arnold won't be in the dugout with him as Australia seek to reinvigorate their stalled Qatar 2022 qualification campaign and potentially pile the pressure back on group front-runners Saudi Arabia and Japan.

“It is weird not having him on the training pitch but we’re adapting well and he’s giving us all the messaging he wants from afar,” added Meulensteen.

“We have our tactical meetings via Zoom and of course Arnie will make the final call on the starting line up.

“We’re following all the same protocols as usual - and the feeling in the camp is very good (in preparation for Vietnam and Oman in Muscat five days later).

“There’s a feeling of determination amongst the players - they know the importance of the these two games coming up.

“I don’t need to over emphasise that. People are a bit disappointed that in our last three games we lost to Japan and drew with Saudi and China, having won our three games before that.

“If you turn that around and we’d started with the loss to Japan, and then the two draws, but had gone on to win three in a row then people would be saying ‘that’s great’.

“The reality is we have four group games left (the remaining two of which are at home to Japan and away to the Green Falcons in March), and our destiny remains in our own hands.

“We need to believe in ourselves - and that’s what we’re going to do.

“There’s no reason or point in getting stressed out - we’re playing at home in front of a sellout crowd and the game is there for our taking (against Vietnam).

“We’ve been together a long time and the understanding is there. Yes we came unstuck against Japan and didn’t get the results we wanted against Saudi and China.

“But it wasn’t that the performances weren’t there - it was more that in certain moments in the game we didn’t quite click and that’s football.

“We won’t be dwelling on those things because we know we’re good enough to qualify.”

As of Tuesday night, the Socceroos were still awaiting the arrival in camp of goalkeepers Mat Ryan and Danny Vukovic and midfielder Jimmy Jeggo. 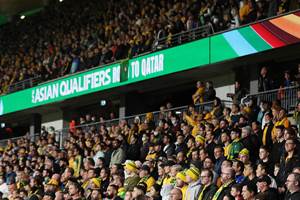 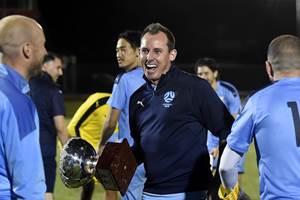