Having successfully cut his teeth in NSW NPL with Wollongong Wolves over the past two years, 80-cap Wilkshire has been identified by Football Australia as the perfect fit for a job which hinges on helping groom and identify the next generation of Socceroos.

It’s understood FA will make an official announcement early next month, with Wilkshire, 40, likely to be entrusted with steering Australia into action at June’s AFC U-23 Asian Cup in Uzbekistan - the pathway to the 2024 Paris Olympic Games where a podium finish is the ambition.

Initially reluctant to enter the coaching bear pit after leaving Sydney FC and closing the curtains on an 18-year career in 2018, Wilkshire was persuaded to take charge of his hometown team on the NSW south coast.

It’s been a match made in heaven, with Wilkshire’s dynamism and tactical nous driving the former NSL giants and wannabe A-League side to two titles.

They finished the 2019 season as NPL NSW premiers before also becoming NPL champions with a thrilling 4-3 victory over Queensland club Lions FC.

Though Wollongong's past two years have been short-circuited by COVID-19, they still reached the  FFA Cup round of 16 in 2021 before bowing out  2-1 to Central Coast Mariners.

Wilkshire’s wealth of experience was gleaned during a top flight career which began at Middlesbrough, and included stints at Bristol City, FC Twente, Dynamo Moscow, Feyenoord and Terek Grozny before a homecoming with the Sky Blues.

Guus Hiddink famously converted him into a full-back at the 2006 World Cup, in undoubtedly the biggest break of his playing career.

Since taking the reins in the Illawarra, Wilkshire has passionately beaten the expansion drum for a club desperate to rejoin Australian football’s elite.

“Ultimately you've got be yourself. You've got to have your ambitions. Your standards, goals, how you want to play and how you want your players to be seen,” he told The Sporting News earlier this month.

“If the club didn't have ambitions to keep striving and improve I wouldn't be here.

"This region deserves it. We've got everything here and I think there's still potential there moving forward." 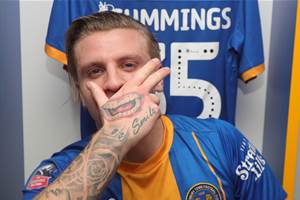 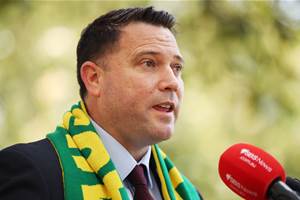 Football Australia chief James Johnson has confirmed the long-anticipated national second tier is primed to sprout in 2023, whilst hinting it won’t initially be designed as a gateway to the A-League.