Adelaide United have announced the departure of winger Ben Halloran.

The announcement came when Adelaide United head coach Carl Veart was questioned about Halloran's future availability after the Reds player was marked as "unavailable" for Adelaide United's 4-0 win against Wellington Phoenix in Round 7 of the A-League.

Veart confirmed that the winger had departed the club:

"He's got a great offer on the table, something that he couldn't resist so we wish him all the best.

"That's something that as a club, we ask a lot from the players and when they've got opportunities like these, we wish them all the best and hopefully he has some success over there."

This will not be Halloran's first venture abroad. The 30 year old played departed the A-League ahead of the 2013-14 season and headed to Germany where he played for Bundesliga 2 sides Fortuna Düsseldorf and Heidenheim before moving to the J-League with V-Varen Nagasaki in 2018.

He returned to Australia for three and a half seasons with Adelaide United, with whom he played 88 times, scoring 21 goals in all competitions.  During his time with the Reds he also won the FFA Cup twice.

His departure comes at an inopportune time for Adelaide, as the A-League team is already facing a player shortage due to departures, injuries and COVID-19.  Veart also specified during the press conference that he would be required to play a young side in the Reds upcoming mid-week FFA Cup Quarter-Final against Melbourne Victory.

While Halloran's K-League is said to be finalized, with the club in question yet to be confirmed.  FTBL will keep you updated when further information becomes available. 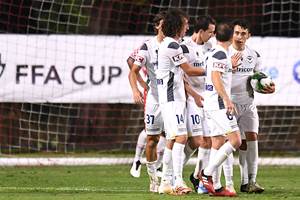 Two Quarter-Final matches of the 2021 FFA Cup have been scheduled with the four A-League sides facing each other next Wednesday, 5 January 2022. 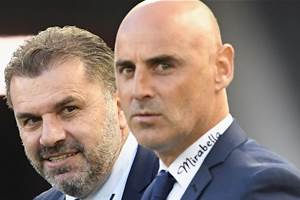 Ange Postecoglou has signed three players in the Scottish Premiership January transfer window with the reinforcements for Celtic FC coming from the J-League. One is from his former assistant coach's team, with Kevin Muscat recently applauding his former boss.