The Reds haven't lost to Phoenix in their past 11 league encounters, with seven wins and four draws in a streak dating to November 2015.

Dutchman Verbeek, who took control of United this season, also has United on a five-game winning streak entering Sunday's clash against the Phoenix in Adelaide.

Adelaide have banked four league wins on the trot since capturing the FFA Cup final and are hot favourites to extend their streak on Sunday.

Ladder positions offer more evidence of Adelaide's overwhelming favouritism - the Reds (12 points) are third and Wellington are last with just one win and four points.

But for Verbeek, the stats and past history mean little as he prepares his side for the twilight game at Coopers Stadium.

"From what I have seen, they (Wellington) are well organised behind the ball and are very quick also," he told reporters on Saturday.

"(But) I am never afraid of players who are playing for the opponent.

"If we do our job, as we do the last few weeks, I think that we have a good chance that we can win this game."

The Reds boast some of the hottest young talent in the league this season, with 21-year-old attacking midfielder Riley McGree in a purple patch that's seen him score six goals in six league games this season.

* Wellington haven't beaten Adelaide in their past 11 A-League meetings, with seven loss and four draws.

* The Reds have won their past five games - four league matches on the trot and the FFA Cup final.

* Adelaide captain and centre-back Michael Jakobsen has the most clearances (37) of any A-League player this season. 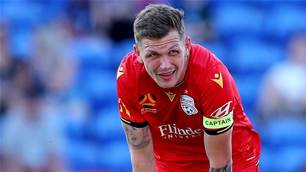 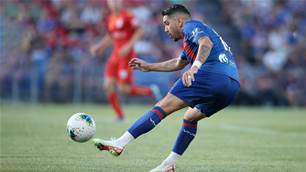 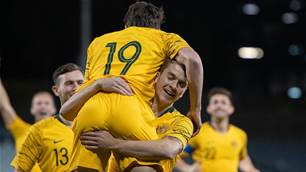