Adelaide United have signed Lachlan Barr as an injury replacement player for the remainder of the 2021-22 A-League season.

The Red's Nick Ansell ruptured his Achilles tendon earlier this season in United's A-League Round Four match against Melbourne Victory.  The central defender has since undergone surgery on the injury, but is not expected to return to play this season.

The South Australian side have now signed Lachlan Barr as an injury replacement for Ansell, with the new defender's contract lasting until the end of the 2021-22 season.  Barr recently played for National Premier League SA side Adelaide City.

Prior to that he had played for fellow NPL SA side MetroStars, NPL Victoria side Heidelberg United and had experience abroad with German side FC International Berlin, English League One side Bradford City and English Non-League side Harrogate Town.

“I’m very excited to be joining Adelaide United for the remainder of the season,.

“This is a great opportunity for me to be in a professional A-League setup and to test myself in this environment.”

His new head coach Carl Veart stated about the following about his new addition:

“Lachlan has been a standout player in the NPL for a number of seasons now.

“Whilst it is very unfortunate to lose Nick for the season, having Lachlan join the team will add further strength and depth to our defence.”

As Barr played in Adelaide City's Round of 32 match against Melbourne Victory, he will not be available for Adelaide United's mid-week FFA Cup Quarter-Final match next week as he is cup-tied.

However, he could be selected for United's Round Seven A-League match against Wellington Phoenix this New Years Day.  Adelaide are currently eleventh in the ladder with three points from three draws, having yet to find a win this season.

Barr should not be mixed up with another South Australian player also named Lachlan Barr who most previously played for NPL SA side Campbelltown City. 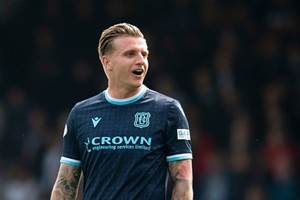 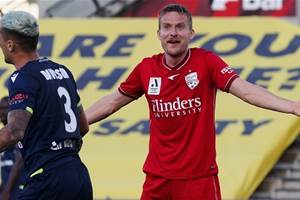