For this year's competition, the AFC Champions League Group Stage will be held by centralized hosts.  All matches of each group will be played in the same host city from April 15 to May 1, 2022.

Sydney FC were second in the ladder last season, winning a spot for the 2022 AFC Champions League qualifying play-offs.  Melbourne Victory likewise received a slot in the play-offs as 2021 FFA Cup winners.

The Sky Blues will be the first team to play Champions League football this year, with the club facing Kaya-Iloilo on the 8th of March in their preliminary play-off.  They will host the Filipino side at the Jubilee Oval in Sydney.

Should they win their preliminary match they will proceed to the second game of the qualifying rounds, the playoff round, and face Chinese side Changchun Yatai on March 15.  They will have to head to China to face the opponent at their Nanling Stadium.

A win against Changchun would see Sydney progress to Group H of the AFC Champions League.  The group's matches will be hosted in Ho Chi Minh, Vietnam with Korean side Jeonbuk Hyundai Motors, Kevin Muscat's Japanese side Yokohama F Marinos and Vietnamese side Hoang Anh Gia Lai already qualified.

Melbourne Victory will not need to play their preliminary round after Shan United withdrew from the competition.  This gave the Australian club an automatic pass to the play-off round.  Their match will not be easy.  Victory will have to go to Kobe, Japan to face Andres Iniesta's side Vissel Kobe at the Noevir Stadium.

Should Melbourne beat Kobe, they will progress to Group J of the ACL.  The group will be hosted in Thailand with Aaron Mooy's Chinese side Shaighai Port, Hong Kong side Kitchee SC and Thai side Chiangrai United having already qualified for the group stage.

As mentioned, Melbourne City are the only Australian side with automatic entry into the group stage. City are in Group G of the competition alongside Thailand's BG Pathum United, Korean team Jeonnam and Filipino side United City FC.  Their group stage will take place Bangkok, Thailand.

Network 10 have the rights to the AFC Champions League in Australia alongside Paramount Plus. 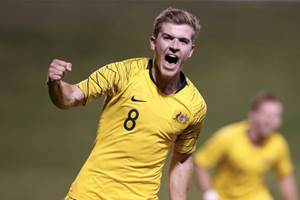 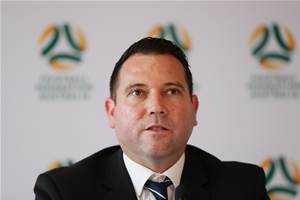 Gemma Lewis has called out Football Australia for their lack of communication as the Wellington Phoenix tried to sign a reserve goalkeeper.