Adelaide United's FFA Cup hero Craig Goodwin is adamant the Reds can challenge for a top four place if their finishing improves.

Adelaide have the third most shots on goal of any A-League team but when it comes to finishing, a conversation rate of 12% has proved costly on occasions.

The main issue is the Reds lack a striker, signified by Goodwin who is mostly a wide player and tops the goal scoring charts for Adelaide with six goals.

The next best scorers are also both wingers in Nikola Mileusnic (3) and Ben Halloran (2).

Goodwin admits sixth-placed Reds need to get on the scoresheet more often if they aspire to reach the top four.

“We’ve spoken about being more ruthless in and around the box and finishing the chances we have created,” he said speaking to FTBL.

“We have dropped points where we should’ve picked some up, like the Wellington game where we had 32 shots and we didn’t score at all.

“That wasn’t good enough in terms of performance and we accept that.

“The games we have lost we’ve certainly been in the game or on top of the game and missed our chances and then we’ve been punished by teams having more quality in the final action.”

Despite their profligacy in front of goal Goodwin believes the Reds have made a reasonable start to the 2018/19 campaign.

“We also would have liked to pick up more wins at home,”said the fringe Socceroo.

“But we are inside the top six roughly midway through the season and we are pretty confident in where we are at and the squad that we have.

“We know we can compete against anyone in the league and we know that we have to be more ruthless in the final product.”

Goodwin superb performance for the Reds in their double winning campaign during his first stint at the the club earned him a Socceroo recall and a move to Holland.

After two seasons in Europe and a return to Reds, the  speedy winger looks back on that Championship winning season with fondness - but the 25-year-old believes the Marco Kurz era can also deliver success.

“It’s hard to compare,” he said. “We had a Spanish coach with Guillermo Amor. It’s a different style we play with Marco but it’s just as effective.

“Sure, back then was a good side, but I think we have a lot of quality in this side as well and shown that we can win things despite having players injured.

"At the start of the season we had six attacking players injured including all four strikers.

“We’ve had to shift people in different positions who are not as natural and we haven’t been able to put out the strongest line-up that we can.

“But we won the FFA Cup and we are in a reasonable position to kick off in the second half of the season.” 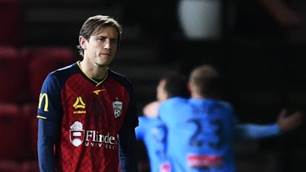 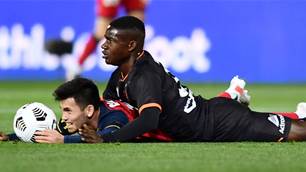