The Socceroos were at breaking point after playing almost four years of continuous football when Graham Arnold took as coach over last year.

Arnold can see in the Socceroos' faces that they've exorcised one of their perennial demons ahead their World Cup qualifier against Kuwait.

Australia start their campaign for the berth in Qatar in 2022 just 500km further north at Al Kuwait Sports Club Stadium at 6:30pm on Tuesday (1:30am AEST on Wednesday).

But unlike almost every previous international campaign in recent years, the Socceroos are finally coming in fresh after most enjoyed a full summer break.

The squad was buzzing at their Dubai camp earlier this week and the itchiness to kick off hasn't abated since they arrived in Kuwait.

On Monday, groups of players were seen chucking laps of their hotel lobby in their green trackies, high-fiving team staff as they patrol.

It was infectious with even coach Arnold looking restless.

The manager puts the mood down to making sure the squad had ample time off between club seasons this year.

"I've had past experiences, many years ago, of what it takes to go a World Cup," Arnold said. "And the energy and mental fatigue side of it after a World Cup (2018), and then you throw an Asian Cup in between, and these boys hadn't had a break for four years.

"From the time I took over after a World Cup campaign where obviously they worked, they did basically another preseason as soon as they finished their seasons they were getting ready for the World Cup - you could see in their faces, they were just exhausted.

"All of them were getting injuries, small injuries and things like that. Without a type of break, giving players at least four to five weeks off to refresh their brain and body, their standards will always drop." 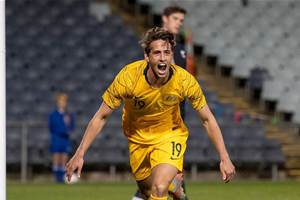 On the sidelines: Australia U23s vs New Zealand U23s

The Australian U23s took on old foes and local rivals the New Zealand U23s at Campbelltown Stadium last night and we were on hand to catch the action for the 1-1 draw.

Arnold said after seeing Australia being drained in their run into the Asian Cup quarter-finals earlier this year, he was determined to make sure they all had a proper break.

He said the time off has almost given him an almost completely new lineup.

"They're a lot sharper, not only physically, (but) visually. You can see it in their faces, they're not tired," Arnold said.

While the Socceroos are looking fresh, he admitted they could never be totally spared from rigours of international campaigns given how far they majority all had to travel.

Arnold added: "Generally they fly out on Sunday night and arrive on Tuesday night to play Thursday night in Australia.

"And then they fly out to another country to play three days later, and then go back to their clubs. A lot of nations around the world don't have that. In Europe they just fly one hour, two hours.

"Our boys are flying 23 hours and playing. So all that type of stuff eventually takes a toll." 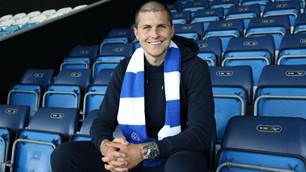 Arnold 'never would hold a grudge' against backflipping Dykes 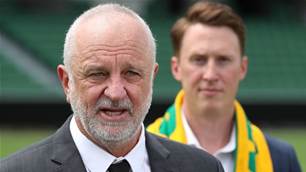