The late January switch from Sydney FC was already in the pipeline before King’s surprise Socceroos debut in the 4-0 World Cup win over Vietnam brought to a wider audience a player bristling with promise.

King was part of Arnold’s Olyroos brigade at last year’s Tokyo Games, and the message since to the Under-23s alumni has been to use the A-League as a launch pad into Europe.

“I’ve spoken to Graham Arnold over the past year quite a bit and he thought the best option for me would be to go overseas,” King told FTBL.

“In Europe they play a lot more games and he said the more games I play the better I’ll get. I listened to his advice and when I got the opportunity to come here I took it.

“He really wants all the young boys in Australia to get over to Europe if they possibly can. We’ve all been listening and there are a few others out there also who might follow.

“I think my move made him happy and hopefully I can continue to play under him with the national team. If things work out well we’ll be part of the next Socceroos generation.”

King was thrust straight into the starting line-up in OB’s 2-0 away loss to league-leading FC Copenhagen in a competition with a rich history of Aussie participants - the likes of Awer Mabil, Mustafa Amini and Zach Duncan springing immediately to mind.

“It’s a good level - obviously a step up from the A-League but in saying that I don’t think it was too far out of my league,” King added.

“It’s obviously not Bundesliga, the EPL or La Liga but the quality is still high and I think it’s the right step up for me.

“I think the timing is right. From a young age I didn’t want to come over to Europe and get lost.

“The plan was always to establish myself in the A-League for a solid two or three years to build a foundation.

“The interest was there a couple of weeks before the Socceroos call-up and I think the timing has been just right.

With Odense in the bottom six, King is hoping to make a swift impact to help them begin climbing the ladder.

“I think watching players like that it shows he how much I’ve got to work on to improve my own game,” he said.

“I can work more on those one-on-one defensive battles and I’ve been doing that already over here.

“Straight away I’ve noticed the attention to detail here is a lot more advanced, with all the video work.

“I also need to work a lot on getting forward more and providing some assists, and even goals. If I can add those aspects to my game I’ll be a lot better player.

“It’s pretty vital these days to have good fullbacks, both defensively and in attack. It’s become a bit of a high pressure position.

“Every footballer dreams of playing in the top leagues and I’m no different.” 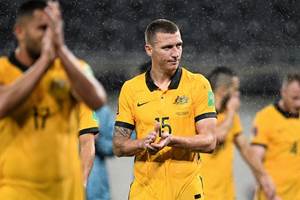 Next Socceroos window 'a win-win': Arnold

Graham Arnold won't accept the narrative that the Socceroos are out of the race to automatically book their World Cup finals spot via their qualifying group. 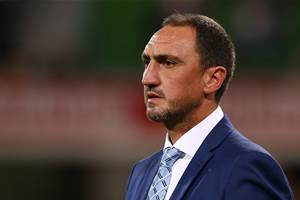