Today, it was confirmed that FFA is in talks with the Indonesian FA about potentially bidding for a co-hosted 2034 World Cup.

The governing body also said the FFA would be interested in discussing their options with  an ASEAN bid (which includes Thailand, Indonesia, Malaysia, Singapore, Phillippines, Vietnam, Brunei, Myanmar (Burma), Cambodia and Laos).

An FFA spokesperson said today: "Football Federation Australia confirms it has held discussions with the Indonesia Football Association (PSSI) about the possibility to jointly bid for the 2034 FIFA World Cup.

“FFA notes that a joint South East Asian bid for the 2034 FIFA World Cup was endorsed at the recently held 34th ASEAN Summit in Thailand.

"FFA welcomes the opportunity to further discuss an ASEAN bid for the 2034 FIFA World Cup with fellow Member Associations in the region.”

The Novocastrian made a big-money move from Adelaide United to Malaysian powerhouse Selangor earlier this year.

It was his second stint in ASEAN after he was one of four former A-League Aussies at Malaysian side Negeri Sembilan in 2016. 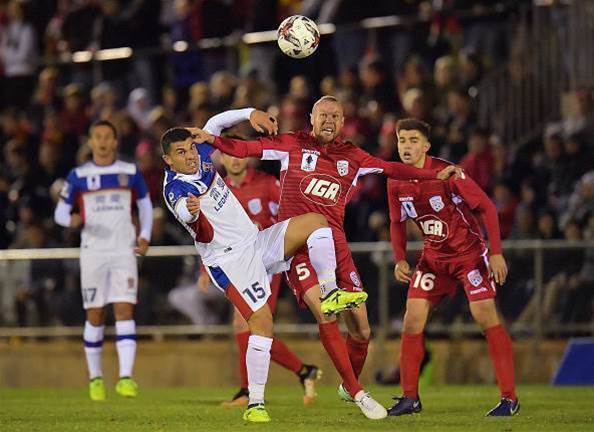 The former Adelaide United and Newcastle Jets favorite says the region’s passion for football and the serious financial investment in the game demonstrates to him an ASEAN World Cup would be a success.

But he had some words of advice for FFA.

“I think for ASEAN countries to bid for the 2034 World Cup shows the region's passion and willingness to invest in the world game,” he told FTBL today.

“The facilities are here already, albeit needing a few upgrades, but I believe it would be a destination that could offer a lot for the football fans of the world.

“ASEAN countries bidding for the World Cup makes sense to me. They have the passion and the financial backing in this region.

“Australia would be an amazing host also, but I think the FFA has an obligation to fix the domestic competition before it invests millions of dollars on a World Cup bid.”