Former A-League defender Karl Dodd, with help from assistant Daniel McBreen, says he’s proud of Guam after they progressed to the second round of World Cup qualifiers today.

In Guam yesterday, the hosts thrashed Bhutan 5-0 in the second leg of their 2022 World Cup and 2023 Asian Cup preliminary joint qualification fixture.

Adding to the feelgood factor, Dodd told FTBL about two of his players from today's side.

“We had two players today in the Matao that were ball boys in the last qualifiers, so who knows from today who is going to be the next captain of the Matao or Masakada [women’s national team]," he explained after the famous win.

“Very proud of the players with how hard they have worked and the belief they showed in the match today from start to finish," he added.

Guam, nicknamed the “Matao” won 5-1 on aggregate after a shock 1-0 loss away in the first leg. 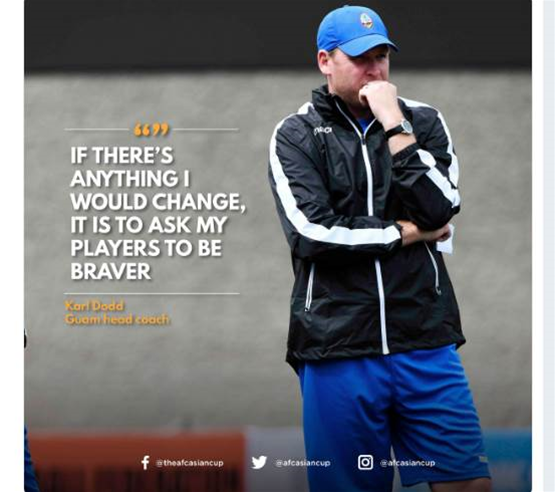 The 5-1 aggregate victory puts Guam into the pot for the second round of qualifiers where they'll be one of 40 nations including Australia in the draw in Qatar 2022 on July 17.

The A-League connection is strong in Guam.

Dodd's assistant is Daniel McBreen, the former Central Coast Mariners Championship winning hero who was a teammate of Dodd in their North Queensland Fury days.

Interestingly, McBreen has won an A-League championship with Graham Arnold at the Mariners six years ago.

“It was great for the players and people on the island to witness ‘The Matao’ [nickname for Guam] at home and support each other today and also yesterday at training," Dodd said.

Dodd, the ex Brisbane Roar and Wellington Phoenix defender, who was in the frame for the recently vacant Roar job, has been coaching on the island for the last 18 months.

He recently spoke with FTBL about his experiences as a national team coach on the island, outlining 24 hours in his life. 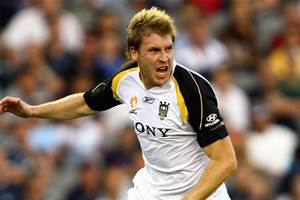