Elder netted his side's third goal in the 76th minute as the League One leaders clinched victory in their third round replay.

Wigan will now play another Premier League club, West Ham United, in the fourth round.

Elder, who turns 23 next week, put in a full shift at left-back, rounding out the win with a looping header over Cherries keeper Artur Boruc from Max Power's cross.

The goal was Elder's first for Wigan since his season-long loan move for Leicester City in July.

What a special night at the DW! Delighted to get my first goal for @LaticsOfficial but more importantly a great performance by the lads! pic.twitter.com/Tamf2OIUM7

The Manly United product has made 15 appearances in all competitions for the Latics this term, including 12 starts.

Meanwhile, Socceroos goalkeeper Adam Federici was on the bench for the Cherries, marking his second time in the matchday squad since returning from a knee injury.

Brad Smith wasn't in the Bournemouth squad, having recently returned to fitness from a hip injury. 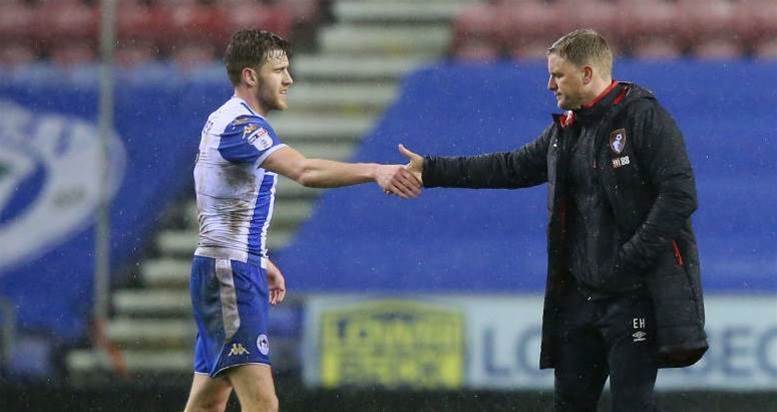