Reality, of course, isn’t quite so cut and dried. If it was Jurgen Klopp’s finger prints would be plastered all over the trophy, even with eight games to go.

More Aussies Abroad news can be found on FTBL.

Still in awe of the German’s winning wizardry is ex-Socceroos goalkeeper Mitch Langerak, who came under Klopp’s spell for five years at Borussia Dortmund.

Beneath the bear hugs and guffaws, Langerak remembers a cultured polymath capable of hypnotising players into believing they are capable of almost anything.

“With Klopp it’s all about the mental side of things - players want to play for him and win for him so badly,” explained Langerak, now with J.League Nagoya Grampus.

“He also has the ability to bring out the best in those who might not be the natural first choices in their positions.

“In any given situation he can see things many other coaches don’t, whether that might be a small tactical change, a selection or a switch of position for a player.

“When he makes those big calls it more often than not pays dividends. He just has this X-factor with things like that.

“He micro manages things on a very individual level and is able to push you to a place that you thought might be unreachable.

“He gives you the belief that you have it there within you to go to your very best level.”

They face off again this weekend in the FA Cup sem-final at Wembley, with a mythical quadruple still in Klopp’s sights after the Reds’ League Cup success.

Anything is possible in Klopp world, attests Langerak, the hero of a 2015 penalty shootout which saw Dortmund reach the German Cup final.

“The strange thing with Klopp is that despite Liverpool being a ginormous club, and Dortmund also being a really big club, on the inside under him everything feels really small,” added Langerak.

“There’s just that right inner circle of the players, the staff and families beyond that. You don’t feel much of what’s going on outside the bubble. He makes sure it’s all just tuned out.”

Klopp fosters relaxed, convivial off-field mood music which coexists with feisty and frantic training sessions where every ounce of commitment is both demanded and given.

“Every game, every training session is the most important of all time,” explained Langerak. “There is never any taking the foot off the pedal, even for a moment.

“Everything off the pitch, by contrast, is extremely relaxed and really just a lot of fun and loads of joking around. But when it comes time for football then that is all important.

“It’s never draining being in that environment. At team meals, for instance, it was ultra easy going and there were never any rules or crazy discipline.

"So, from a players perspective, you had the perfect environment to thrive in. I have things in my locker and library now where I can go back into situations back then and harness what I learned.

“Klopp makes a lasting impression on players and takes the time to learn what makes you the footballer and the person you are.”

Langerak isn’t prophesying on Liverpool’s eventual medal tally this season, with the Champions League semi-finals also beckoning, but he knows what Klopp’s philosophy will be.

“I feel Liverpool will end up with something big this year - whether it’s the Champions League again or the Premier League,” he added.

“But one thing is certain, he won’t be prioritising one competition over another - the one coming up is the most important one to him.

"I don’t think he’ll be doing any crazy rotation - it’ll be the next game is the most crucial one. What happens a few days later in a different competition is completely irrelevant.

"He won’t have been unhappy with the draw against City in the league because it still leaves it as a final sprint to the finish line. Everything is still completely up in the air." 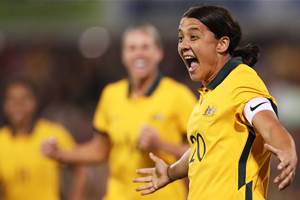